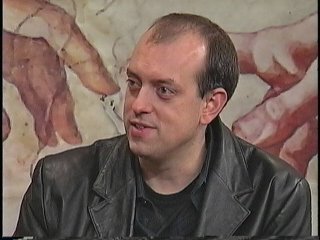 What you want Baby, I got
What you need Do you know I got it?
All I’m askin’ Is for a little respect when you come home

According to Kevin McCullough, feminists (and by ‘feminists‘ he means lesbians, and by ‘lesbians‘ he means women who make more money than him or laugh at him in bed) are making plans to make Planet Lesbo Prime a reality but, hah!, he’s gonna have the last laugh on them because he is the repository of the missing ingredient:

For years the modern feminists have attempted to completely obliterate the need for men in society. They have argued in favor of, marched for, and protested on behalf of the ideas that women can provide everything that a woman needs.

Go into any women’s studies program on the campus of any major university and you will learn that women don’t need men for economic provision, physical protection, or to even achieve sexual orgasm. Our daughters are being taught that to believe men are necessary for anything is not only pure bunk, but actually a sign of intellectual weakness.

As a result women have shunned personal relationships and sky-rocketed to the top of the business world. Their incomes have increased as they have put off having children, not to mention the thought of getting married till far later in life.

They’ve gotten themselves into the gym and lifted weights and learned kick-boxing so that at least theoretically they could ward off an attacker. (Of course they haven’t been encouraged to pack fire-arms or conceal handguns because for some reason its more “progressive” for a woman to take male hormones and resemble eastern European male wrestlers than it is for the most lady-like among us to blow someone away if their life depended on it.)

Women have been inundated with auto-eroticism methodologies and lesbian love making techniques not only in these women’s studies courses but also through popular culture, women’s magazines, and cable television. They are also told by that same culture, be it prime time media or TIME magazine, that men at best “are clumsy” in this area, and at worst “just plain don’t know what they’re doing.”

In making all these â€œadvancesâ€ there has still been one major stumbling block for the argument of a completely female universe. That has been the production of sperm, male DNA, the missing element to creating a child when paired with a woman’s egg. Without this necessary ingredient the entirety of the female-only existence is impossible, women’s studies departments are useless, and feminism is nothing more than mindless brainwashing.

It seems that Kevin is unaware of the Male Milking Farms that feminists have been establishing (using money diverted from Hillary Clinton’s campaign) where men who are young, dumb, and full X chromosomes are strapped into remarkably comfortable Lazy-Boys where they watch endless loops of Cinemax After Dark movies, interspersed with updates from SportsCenter, while having their precious bodily fluids delicately removed (or rough if that’s how they like it) by robotic milking machines. These fluids are then processed and marketed to feminists as YoplaitÂ® NouricheÂ® (ever seen a guy with one? I didn’t think so).

This , of course, has remained a closely held secret as none of the “breeding males” also known as the “useless skin attached to the penis” have so far complained about their treatment and asked to be released.

Actually there is a waiting list to get in….

And, no, Kevin, you’ll just have to take a number and wait your turn just like everyone else.