TBogg
0 0
Since I’ve got nothing tonight… 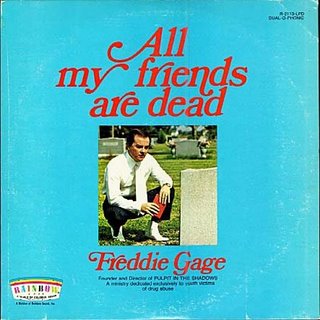 One of my fellow employees just got back from New York City where he spent every waking hour combing through old record stores on Bleecker Street looking for mint quality, good old American vinyl. Today’s conversation turned to album artwork, an art that all of us feel has suffered with the advent of the CD. Favorites included the eponymous Santana album, Sticky Fingers (the original with a working zipper was more gimicky than good, to my mind), and The Clash’s London Calling, which rips off an this old Elvis cover.

As might be expected, some of the choices seem to be influenced more by a preference for the music inside, rather than what was wrapped around it. And like all art, beauty is in the eye of the beholder even when it comes to what is essentially packaging. Some bands take a great photo and make it their own, while others like Little Feat (who used Neon Park) or Yes (Roger Dean) became identified with their artist and vice versa. I was a big fan of the cover of Neil Young’s On The Beach mainly because the lettering was done by Rick Griffin who was an icon in the local surf culture that I grew up in. Having said all that, my favorites include Jackson Browne’s Late for the Sky 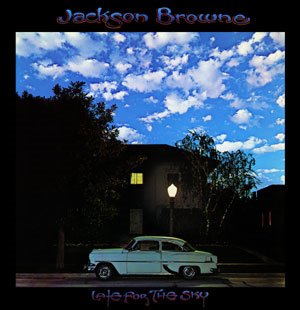 …because it evokes the street that I grew up on (Law St. in Pacific Beach) in late spring when the street lights would come at dusk and we could stay outside just a little bit longer. You can read more about how this cover was composed here. It also had Rick Griffin lettering, I should add.

My other favorite is one that some consider the gold standard, Steely Dan’s Aja 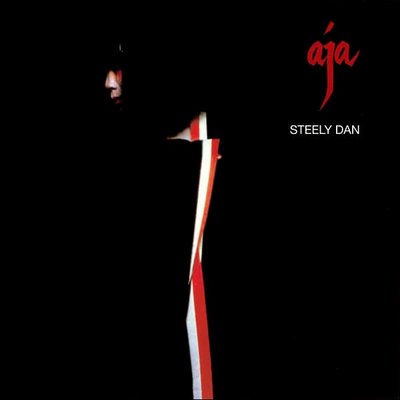 Which was helped immensely by MCA’s decision to print the art on heavier than usual stock with a first class gloss coating. Photography by Steely Dan’s Walter Becker. Album design by the late Phil Hartman, who you may remember as Troy McClure.

You may now haggle amongst yourselves in comments, keeping in mind that you are all wrong, and you are all correct.

(Added) As a side note, this is a fun if not definitive book on albums. Noticeably missing is anything by Tool yet it includes three albums by Jack White, which is three albums too many if you ask me.

The Right To Remain Silent...Or Not