I e-mailed this to John Edwards and then posted it on his blog as an open letter.  If you wish to make comments there, the URL is http://blog.johnedwa…  You have to join his blog, but you’re able to keep off any mailing lists.

I have read about some comments you made recently in New Hamphire about marriage equality for gay and lesbian Americans.  The article quoted you as saying:

“Civil unions? Yes. Partnership benefits? Yes,” he said. “But it’s a jump for me to get to gay marriage. I haven’t yet got across that bridge.” … “I wish I knew the right answer,”

I hope that is an accurate quote of your words.

First, a preliminary question.  “Do all American citizens deserve equal treatment under the law?”

If your answer to the preliminary question is no, then there is no need to go on.

If your answer to the preliminary question is yes, then things get a little more complicated.  Here we go.

Which of the three options mentioned in your quote offers genuine equal treatment, at least potentially, to all American citizens who wish to form some sort of legal contract of partnership?

Please keep in mind that the benefits and protections of marriage come from multiple levels of government.  The most numerous and significant ones come from the federal level, 1,138 of them according to the latest summary by the GAO.  This document, GAO report number GAO-04-353R entitled ‘Defense of Marriage Act: Update to Prior Report’, which was released on February 24, 2004 may be obtained from the United States General Accounting Office website.  It is available at the following URL.  http://www.gao.gov/n…

Some of the benefits and protections, considerably fewer, come from the state level.  Others come from the county and municipal levels as well as from the private sector.

As you know, the federal Defense of Marriage Act currently prohibits any same sex marriage from receiving the 1,138 benefits and protections of marriage.  If my recollection is correct, you are on record as opposing DOMA.  Unfortunately, however, I think the reason you give is not a fully correct reason.  As I recall, your reason has something to do with states regulating marriage.  That “reason,” which seems to be the Democratic Party line, is oversimplified and misleading.  While it is true that each state regulates who can get married, none of the states provide the federal benefits and protections of marriage.  They cannot do so.  What I’m hearing from your recent comments is that even though you oppose DOMA, you are uncertain as to whether or not gay and lesbians Americans deserve full citizenship benefits.

For the sake of my question, however, lets just assume that DOMA does not exist or has been repealed.

Which of the options you note would provide equal treatment for all US citizens who wish to form some sort of legal contract of partnership?

Civil unions cannot give access to any of the benefits and protections of civil marriage.  They require a separate set to be specified.  If these civil unions are at a state level, they only apply within the single state that issues them.  They are not portable and provide absolutely no protection to couples crossing a state line.  More significantly, they cannot provide access to the most significant and numerous set of benefits and protections at the federal level.  The first example that comes to mind is the fast-tracking of citizenship in international marriages.  This is something completely outside the jurisdiction of the states.

So then, if you truly believe that all American citizens should be given equal treatment under the law, hopefully the answer you have found to be elusive in the past is now within reach.  I have taken you to the end of that bridge.  Only you can take the final step required to complete crossing it.

The Opportunity Costs Of Herd Ball

A Heavy Thumb On The Scales 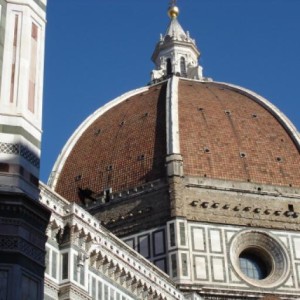