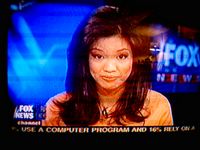 Between the desire
And the spasm

One word that you’ll note that is missing from first coverage–well here, see for yourselves:

The missing word is “Muslim.” Young, Muslim men from Pakistan. Bloomberg News mentions the word in its report, not to describe the suspects, but only in a stupid bit of editorializing

No. I am sick to death of tiptoeing around this issue of the true nature of our enemies. That kind of â€œsensitivityâ€ may be fine when speaking about groups with legitimate grievances against society. I am not necessarily totally against the notion of what we on the right sometimes mis-identify as political correctness.

But the time has come to put away childish things and grow up. Our enemies will not give us much leeway to indulge us our puerile need to universalize this threat lest we offend someone. They have no such problem in identifying who they see as the enemy. Why should we?

The British authorities said Thursday that they had thwarted an advanced terrorist plot to blow up airplanes flying from Britain to the United States using liquid explosives that would have escaped airport security.

The officials said they had arrested 24 men, all British-born Muslims, who planned to carry the liquids in drink bottles and combine them into explosive cocktails to commit mass murder aboard as many as 10 flights high over the Atlantic.

Almost four in ten, 39%, advocate that Muslims here should carry special I.D. That same number admit that they do hold some “prejudice” against Muslims.

Upon reaching fifty percent, Internment Camp Fever will take hold and the government will then raise the Official Michelle Malkin Lubrication Advisory from “Florida Humid” to “Atlantis“.