The American Workplace: Leave Your Rights At The Door

This is an appropriate story for the 4th of July. You remember all of those rights we fought over 230 years ago, like freedom of speech and freedom of assembly? Well, you can still take advantage of them – until you walk through the workplace door – unless you’re protected by a union. This is a story for all of those who think that 21st century American workers don’t need unions.

What do we do with teachers who win “laudatory evaluations and recommendations from their principal, from their school’s director of instruction and from their school’s director of special needs and academic support, who win lavish reviews from hard-to-win-over students, and whose classes are showcased by Chancellor of Schools? Well, if they ask some reasonable, but uncomfortable questions about their salary and the fate of their 401(k) contributions, you fire their asses –if they’re not protected by a union.

That’s what happened to Nichole Byrne Lau who taught English for the last two years at the Williamsburg Charter High School in Brooklyn. Nichole’s crime? According to the United Federation of Teachers’ blog Edwize:

Nichole shared with other teachers in the school the salary schedule for teachers in the New York City Department of Education. Although teachers at Williamsburg had many more teaching contact hours, and far less preparation time, than NYC school teachers, they found that they earned considerably less than their public school counterparts. Nichole reached out to the UFT, through this blog, asking what her rights were and how she might secure them. She and a second teacher asked Eddie Calderon-Melendez, the founder and Chief Executive Officer of Williamsburg Charter High School, how salaries were set, and if there was a schedule for the school. A third teacher began to ask questions about why the quarterly reports of teachers’ 401-K plans did not show that the school was depositing the funds that were part of their remuneration for their work.

Calderon-Melendez hauled Lau into his office and told her that she was being fired. Another teacher who had asked uncomfortable questions was also fired. When Lau asked Calderon-Melendez for a reason,

He replied that he did not have to give her a reason, as she was an “at will” employee who could be let go for any reason whatsoever. He did allow, however, that it had nothing to do with her teaching. [Charter school management who oppose unionization often argue “at will” employment is essential for ensuring the quality of their teaching staff.] “I was devastated,” Nichole says.

Calderon-Melendez may not have given Lau a reason for being fired, but when questioned by the press,  he responded that "She hates children. She’s a racist." (Which makes Lau even more of a teaching genius — getting children to like you so much when you hate them.)

Charter schools in New York are supervised by the state and receive public financing, but are run by outside groups. Under state law, new small charter schools are not bound by teachers’ union contracts. To unionize, charter teachers must go through a multistep process and a formal vote, according to the NY Times. Only eight of the 47 New York charter schools – including an elementary school operated by UFT — operate under union contracts.

The UFT took up Nichole’s cause. UFT President Randi Weingarten wrote a letter to Calderon-Melendez saying “I am appalled by what you have done and will do everything in my power to both publicize and right this wrong.” She also wrote to New York City Schools Chancellor Joel Klein, asking him to “join with us and use your considerable power to ensure that good teachers are not retaliated against in their quest to have a voice in the school environments.”

What we have here is a combination of non-union workers’ helplessness in the face of the arbitrary actions of dictatorial bosses who tolerate no challenge from their employees, combined with the right-wings tendency to blame the ills of our education system on teachers, or more specifically on the unions that represent teachers. The anti-union National Right To Work Foundation has formed a special organization to oppose teachers’ unions:

Like many government-sector professions, public education has long been dominated by compulsory unionism. To combat the serious threat to academic freedom that compulsory unionism poses, Concerned Educators Against Forced Unionism (CEAFU) was founded in 1975. As a special project of the National Right to Work Legal Foundation, CEAFU has been at the forefront in the battle against forced unionism in public education for 30 years. It is continuing to educate America’s teachers about the coercive agenda of the National Education Association and the American Federation of Teachers’ union hierarchies.

California Governor Schwarzenegger has put together his “Education Coalition,” and packed it full of right-wing, anti-union members. And the AFL-CIO Now reports that New York Governor Pataki, Mayor Michael Bloomberg and others are trying to make it nearly impossible for the union to sign up members at charter schools

But  New York is not the only place that charter schools have been used to attack teachers’ unions. Earlier this year, 7500 New Orleans teachers were fired, and all but four of the schools still exist in the city were transformed into charter schools which are exempt from union rules. The New Orleans Times Picayune describes how the non-union system is supposed to work.

Like private and religious schools throughout the area, the charter schools operate without negotiated contracts. They hire teachers for a year at a time, keeping those who perform well and letting go of those who don’t.

Of course, as New York’s Nichole Byrne Lau has learned, “performance” may be about much more than just teaching.

Nichole’s story has a happy ending. She was quickly hired at Brooklyn Tech, one of New York City’s very best public high schools. The teacher fired along with her was also quickly hired at another school. But the lesson has been learned. Nichole says “I will never again work in a school where I don’t belong to a union.”

So, as you roast the dogs, watch the fireworks and listen to patriotic speeches tonight, just remember that the civil rights that many of us take for granted must be aggressively defended where they still exist, and fought for when they don’t. Despite all of the trash talk about how unions price organizations out of existence and stifle them in bureaucracy, at their core unions are really about dignity and human rights — inside and outside the workplace.

UPDATE: Adrianne Shropshire at the DMI Blog offers the perspective of a parent looking for Kindergarten for her daughter:

Charter schools operate within an industry where standards for teacher compensation have been set by employers and unions, thus creating a "high road" approach for working conditions in this sector. When charter schools opt out of this approach they become no different than low road employers in any other industry.

The mission statement for Williamsburg Charter High School says that "Fairness, justice, respect and compassion…" are what the school is about. Asking teachers to impart these noble values to our children while they are denied them by the school administration, smacks of deep hypocrisy. Saying one thing while doing the opposite is not the lesson I want my children learn.

North Korea sets off its 'fireworks' 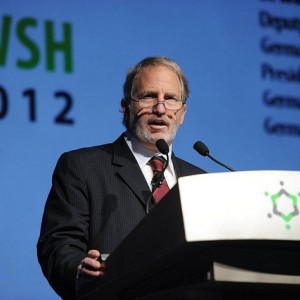 The American Workplace: Leave Your Rights At The Door