Fiscal Irresponsibility Claims Another Victim – Everyone

Last week the Appropriation Committees of the House and Senate reached a deal on the supplemental appropriations bill to fund the wars in Iraq and Afghanistan. The new bill is expected to make it to the floor this week for debate and is expected to pass. Originally there was a provision in this bill to ban any of the money being spent on permanent bases in Iraq, a provision which was silently removed by the Republicans.

Congressional Republicans killed a provision in an Iraq war funding bill that would have put the United States on record against the permanent basing of U.S. military facilities in that country, a lawmaker and congressional aides said on Friday.

The $94.5 billion emergency spending bill, which includes $65.8 billion to continue waging wars in Iraq and Afghanistan, is expected to be approved by Congress next week and sent to President George W. Bush for signing into law.

As originally passed by the House of Representatives, the Pentagon would have been prohibited from spending any of the funds for entering into a military basing rights agreement with Iraq.

While this is already a horrible move by Republicans, things get worse. Today we learn that Bush is planning on keeping a force of about 50,000 troops in Iraq for years to come:

America plans to retain a garrison of 50,000 troops, one tenth of its entire army, in Iraq for years to come, according to US media reports.

The revelation came as George W Bush summoned his top political, military and intelligence aides to a summit on Iraq’s future today at the presidential retreat at Camp David.

Military planners have begun to assess the costs of keeping a 50,000-man force in Iraq for a protracted period of time. At present the total number of serving American troops is about 500,000.

The plan has not yet received presidential approval. But it would fit with the administration’s belief that while troops numbers will fall, American forces will have to remain in Iraq beyond Mr Bush’s departure from the White House in early 2009.

So we are seeing that Bush’s misadventure of removing Saddam is going to cost us even more money, but what impact will this have on the Middle East?

Now let’s think back to the days following the September 11th attacks and when the number one question in America was “why do they hate us”? During that time numerous answers were given, including the bogus answer by Bush that “they hate us for our freedoms”. The only real truthful answer to that question is given by Richard Clarke, who may have given us the number one reason in his book Against All Enemies as he describes the lead up to the first Gulf War.

The mission to persuade the Saudi King to accept U.S. forces was given to Defense Secretary Dick Cheney. He assembled a small team, including Under Secretary of Defense Paul Wolfowitz, Central Command head Norman Schwarzkopf, Sandy Charles of the NSC, and me (Richard Clarke), then the Assistant Secretary of State for Politico-Military Affairs.

His help [bin Laden] would not be required. He could not believe it; letting nonbelievers into the Kingdom of the Two Holy Mosques was against the beliefs of the Wahhabist branch of Islam. Large numbers of American military in the Kingdom would violate Islam……

So one of the primary reasons Osama went from being an asset to being public enemy number one was that we were entering the holy land and would not leave. Unfortunately we proved him right throughout the 1990s by retaining a military presence in the area. Now we are going to prove Osama right even more by building bases in Iraq.

Whenever a Democrat speaks out against the Iraq war, the right wing pundits and politicians are quick to jump on the same talking point of “what kind of message is this sending to our enemies?” Now that question is more important than ever and must be used against the Republicans. What kind of message is building permanent bases in Iraq and retaining a troop level of 50,000 for years to come going to send? This could provide to be a key recruiting tool for al Qaeda and provide great propaganda. What we have done is made Osama’s preaching’s of Wahhabism (a branch of Sunni beliefs) come to life.

This new found recruiting tool for al Qaeda is not the only problem this new plan presents. There is another danger which is equally as bad and effects us right here at home. A story which appeared last week on mysa.com, the site for San Antonio’s Express News and KENS-5, has not received much attention. This story highlights a greater threat to our defenses at home:

It’s stranger than fiction, a tale bizarre beyond belief: The Army that helped conquer Iraq in three weeks doesn’t have enough cash to keep the lights on at Fort Sam Houston.

The post is in crisis mode, not dark but deep in the red.

Its garrison office, which provides services to more than 70 tenant commands, has frozen hiring, shut off cell phones and BlackBerry devices, turned in leased cars and forbidden troops from using government credit cards. If a computer breaks down, the tenant command has to pay for the part

So not only are we facing a new recruiting tool for al Qaeda, handed to him on a silver platter by the Republicans, but we are also facing a crisis mode in our military bases here at home. This is beyond belief that the richest nation in the world can not afford to keep the lights on at its own military bases. But wait – it gets even worse. That supplemental appropriations bill I started this article talking about – well it doesn’t look like that is going to even help out that much:

Fort Sam is grappling with a $26 million budget shortfall partly because of congressional wrangling over a measure to fund wars in Iraq and Afghanistan. But problems at Fort Sam and many of the Army’s 179 posts worldwide won’t be over even if Congress approves a $94.5 billion supplemental appropriations bill next week as expected.

The war, rising military health care costs and Pentagon efforts to transform the armed services will make sure of that.

He (spokesman Ned Christensen) said the Pentagon is asking Congress for $722 million in supplemental funding for posts worldwide. Of that, IMA’s southwest region would get $105 million, Fort Sam spokesman Phil Reidinger said.

So that $65.8 billion earmarked for military spending that was past last week isn’t even enough – now we need more money just to keep the lights on at our military bases? Now we must ask how much building a military base in Iraq will cost and if we did not spend money on that would we be able to keep our bases here at home running.

When you consider the domestic and international implications of removing the ban on permanent bases, Republicans may have made one of the gravest mistakes in recent history last week. Money will now be spent on something that can be used to aid our enemy while hurting our bases here at home.

Iraq is going to be the number one issue on the campaign trails in 2006 and 2008. The greatest tool in the arsenal for Democrats to fight Republicans is this kind of fiscal mismanagement by the Republican run government. It shows that the Republicans not only mishandle our money but they also mishandle our national security. Some on the right will be quick to blame Rumsfeld, but he can only take so much blame. In the end, Bush is the Commander in Chief and ultimately responsible for the military. These gravest of mistakes lie more so on his shoulders than Rumsfeld’s. Besides, Rumsfeld has already said he has offered his resignation and Bush would not accept it. 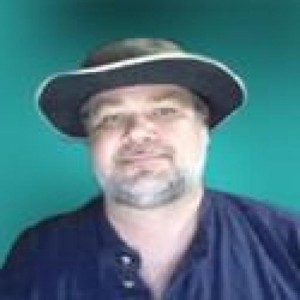 Jamie is a former firefighter, who devoted his time to fighting a corrupt city hall. After leaving the firefighting field, he moved into the IT field developing desktop and web applications. He is devoted to progressing the netroots movement through new technologies and actively works on the Wordpress project. He also does work in photographic processing as well as 3D modeling.

Jamie also has a long history in local and state politics. He has worked on campaigns varying from local councilperson to state senate. He has been active at increasing the recognition of local parties and devoted to increasing their effectiveness.

Fiscal Irresponsibility Claims Another Victim – Everyone