Late Nite FDL: We Can Be Heroes 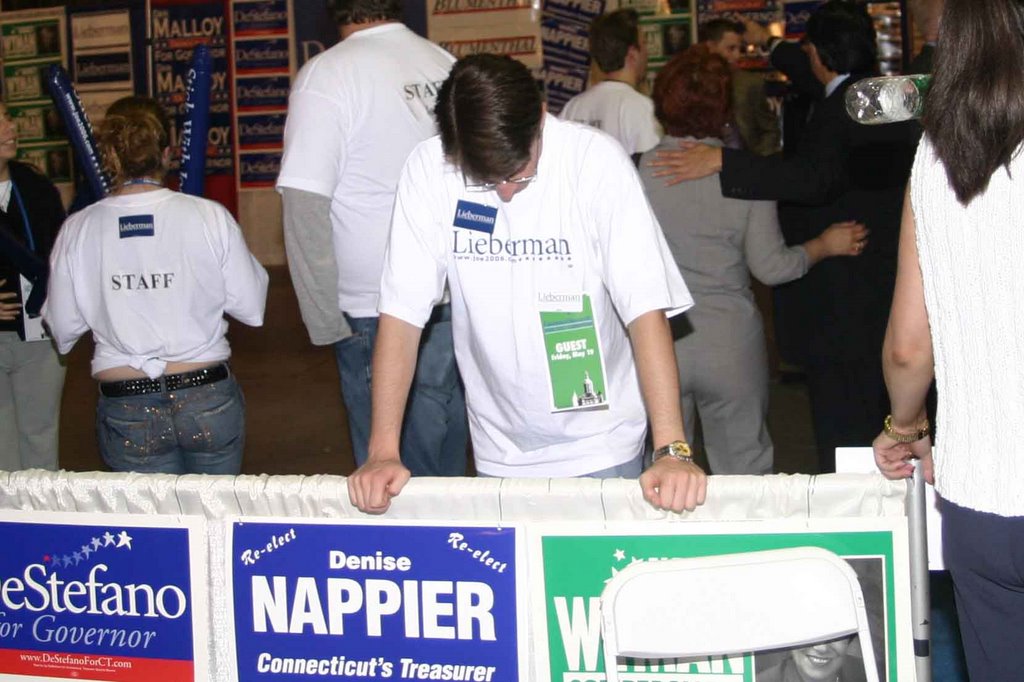 We have a tradition around here, a sort of people’s pastime: celebrating the arrival of a new post with the gleeful exclamation of the word "Fitz!" (or some such variation).  It bothers some people, but not me.  I’m glad people here, who as commenters are the best on the web (am I biased?), exult in what we do together.  Shouting "Fitz!" is, for many, a recognition of virtue, an expression of hope.

However, following Ned’s victory last night, in my opinion, the "Fitz!" exclamation is outdated.  More fundamentally, I believe it has always been misplaced.

Last week in our FDL Late Nite Saturday edition, we held a fantastic discussion about our heroes. If you have not yet had time to peruse those comments, I encourage you do so.  Brilliant, inspiring stuff there.

If you take a gander at those comments, you’ll see the greatest, most influential heroes in our lives are people we’ve personally known.  "Ordinary" people. You can bump into them on the street and not know they are heroes, worthy of emulation.  What’s the lesson to learn here?

We can be heroes.

Patrick Fitzgerald is doing exemplary work, and it’s truly a joy to watch him proceed.  In a time when honesty and justice seem perilously rare in our government and media establishments, his investigation is more than a breath of fresh air.  It’s water in the desert.  And yet, there’s always been a trap inherent in Fitz! worship:  it helps to keep us passive.  Every minute we wait for Fitzmas makes us spectators, hoping for something to happen, instead of becoming actors who make things happen.

Most people in the world sit back and wait for someone else to come riding a white horse to change the world and save us all.  It’s wired into our imaginations, like some scene in Lord of the Rings where Gandalf leads the cavalry to the rescue.  But we’re not the fantasists:  we’re the reality based community.  Leave the Xbox worldview to the Yellow Elephants and 101st Fighting Keyboardists.  Their cluelessness is our advantage.

Ned Lamont’s victory last night was our collective victory in the netroots and grassroots.  His is the first major campaign wholly conceived and developed through our movement.  It’s a bigger victory than Fitzmas will ever be because Fitzmas is temporally focused on a few scummy perps.  But even if or when those perps are brought to justice, nothing about our government will fundamentally have been changed.  Patrick Fitzgerald can’t do that, but we can.

Ned’s victory is bigger than Fitzmas can ever be because it’s about the rise of a new movement that can upend the Democratic establishment, change the country and even alter the course of world events.  Fitzmas represents a negative, defensive action, but the movement pushing the rise of Ned Lamont is positive and staggeringly more potent.

I’m as hopeful as anyone that justice will be served in the Plame investigation, but it’s time for us all to outgrow searching for heroes elsewhere.  We ought look no further than toward each other.  For ourselves, we can be heroes.

Yes, we all have flaws.  We all have good days and bad days.  We’ve all, I’m sure, made mistakes in our lives, let some people down.  No matter.  Now is the time to step up.  Ned’s victory is important, and yet the unglamourous work of building a sustainable movement has just begun.

Tomorrow, members of the Roots Project will get together for a conference call that will include not only a basic group orientation, but also some preliminary thoughts about movement building and the rise of people-powered politics in the wake of last night’s victory in Connecticut.  If you’d like to join your neighbors in the Roots Project, please follow instructions you can find here.

If I can counsel anything, I’d say let’s stop waiting for political messiahs, resolving instead to become better organized and active.  That’s the surest, shortest way to taste more sweet, savory victories like the one over Rape Gurney Joe last night.

Oh, and one more thing:  there’s a new word I’d like to propose we adopt for the beginning of each newborn FDL thread, a word that I think best reflects where our collective hopes truly reside:

Saturday night at the fights

Late Nite FDL: We Can Be Heroes