Fighting for freedom with words…not math 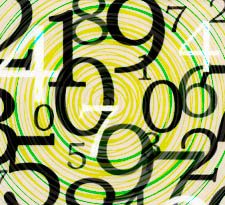 The numbers …they make me dizzy

I never thought I would be spending so much time with Special Ed but he really is the gift that keeps on giving:

So far it appears that Chicago outdrew Los Angeles, where the protests closed down about a third of the small businesses in the area, according to the AP. However, in a story that will likely have immigration hardliners talking for days, the AP reports that twenty-five percent of the children in the Los Angeles School District failed to attend classes today. After all, LAUSD’s annual budget for its 746,000 students is over $13 billion, or about $17,000 per student. If the walkout caused 25% of the students to strike, that puts the annual educational cost for illegal immigrants at around $3.25 billion — just for Los Angeles.

You can bet that a lot of people will do precisely these kinds of calculations nationwide. How many students walked out in Chicago? In Houston? In Denver? One of the reasons why illegal immigrants existed in the shadows was to avoid this kind of exposure, but that’s no longer operative. Now that they have decided to make this kind of statement, the true costs of their residency will start coming into focus, as well as their production.

Well the kind of people who do “precisely these kinds of calculations” will be just as special as Ed if they think that 186,500 students in the LAUSD are illegal aliens, but you probably spotted that yourself as did some of Ed’s readers causing him to explain it all away with this:

For those disputing the notion that 25% of the students could be illegals, it’s worth noting that Hispanics comprise 72% of the district’s students. Also, the entire idea of the walkout was to demonstrate the impact and extent of illegal immigrants in our midst — and you can be sure that the boycott’s organizers will be heralding that number as proof of that impact.

According to LAUSD guidelines, any absenteeism over 10% in a single day represents a mass absence that requires a special report to the Pupil Statistics Office. In 2004, the LAUSD found absenteeism such an issue that it required a special initiative to correct. The average absenteeism for that year was as follows:

That averages somewhere around 7% absenteeism, making today’s figures more than three times that total. Even if the 7% normal figure would have no children of illegals, that makes 18% of the district illegals — and those were just the ones who walked out. Eighteen percent of $13.4 billion still amounts to $2.4 billion, every year, and just in the LAUSD.

Late Nite FDL: How Big Are Your Chances, Karl?