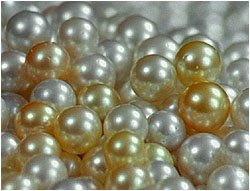 When I was monitoring the panel, I was quite miffed at the personal swipe Jim Brady took at Jane. But when those following two questions trashing Jane showed up, I picked up the phone and called WashPo.com and punched in Jim Brady’s extension. I wanted to leave a message letting him know that it was inappropriate to ask Jane to be on a panel and then use it to attack her when she asks questions he doesn’t want to answer. I knew he was involved with the forum and so he was not at his desk. But instead of getting voicemail, Jim Brady picked up.

I spent the next couple of minutes arguing with Jim on the phone. It was not acrimonious and he actually spent time listening to what I had to say, but he was definitely not agreeing with me. Effectively, I told him that 1) he was out of line with his personal attack on Jane 2) he, as representing WashPo.com has not sufficiently come clean about the erroneous data and taken responsibility 3) the following nasty questions regarding Jane’s abilities and behaviour was again, out of line and just petty and finally 4) that we are merely asking for honesty and transparency from WashPo during a time when our leaders only stonewall.

As for point no. 1, he said that he went to Firedoglake blog and read up on what Jane had to say about him and remarked that she called him names like moron, etc…and do I disagree that that has happened? I replied that it was her blog and she can express herself as she likes, but to invite her to a panel and then attack her was just mean-spirited and ironic considering he has complained that WashPo.com was personally attacked by us. I said she wouldn’t invite you to her blog and then use it to trash you. He did not agree with that.

Secondly, he said that Jane was not the only one attacked in the forum and I disagreed with him and pointed out that noone else had acrimonious questions posted about them or attacks by him, only Jane. He claimed that another panelist was getting criticism about their lack of posts for his blog. I said, puh-leeze, that is not the same thing.

Finally, I tried to appeal to this reasoning: "this is not about you, it’s about the bigger picture" and told him that we are aching for transparency and honesty. He listened but came up with what I felt, was a lame response, "That’s why I’m holding these forums, etc…" I did thank him for holding these and gave him my appreciation, but told him that WashPo can do more.

At any rate, he did need to go as the panel was wrapping up. I was sufficiently amazed he spent the time talking with me. So on one hand, I have to give him kudos for that time with a random caller, on the other hand, he was just as defensive as he has been on the blogs and had justified his actions. I hope my disagreement with him gave him some food for thought.

I do think, after my interaction with Jim Brady, that he has inadvertantly wrapped his ego in this overall conflict and the stubbornness and defensiveness we see is the ego, and not the more reasonable man he probably is. He feels attacked and cannot separate himself from the bigger picture. In a separate email, I urged him to work on separating this and restoring the trust he keeps vis a vis the WashPo.

I would recommend to others who want to contact him, to try and stop attacking him personally and assuming he is a partisan hack…he just won’t respond to that. Try and let him know that you understand his defensiveness, but that it really isn’t about him, and your beef is about accountability and responsibility for WashPo, not Jim Brady. But also, his childish behaviour on the panel should not be omitted and he should be admonished about that as well. Give him reason and understanding…he’s not completely clueless…just a man…with a big job…in DC…with an erupting scandal…read: big ego responds, not brain.

For the record — I’d never invite someone to participate in something on FDL and then trash them. Both classless and unnecessary.

If Brady wants the firestorm to stop, he needs to stop running around trashing the people who expressed quite legitimate concerns and give them a bit of dignity. Enough with all the pearl-clutching.

And for the record, what I said was "Anyone who sets up a public board like this in a highly partisan world with really active readers and doesn’t make plans for troll management in their system architecture is a full-on, four-flushing idiot."

I guess Brady is saying the shoe fits.