Hey! He’s a director, not a demographer.
Okay, he’s not much of a director…but still 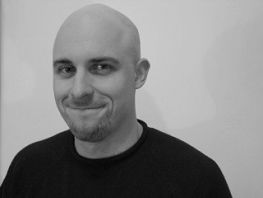 Jason Apuzzo, who apparently doesn’t do anything well:

So Brokeback Mountain picked up the lionâ€™s share of nominations yesterday from the Golden Globes, and now the entertainment press is eagerly in search of anti-gay persecution from rubes in middle America [you know – the people who fight the wars, pay the taxes, etc.] so that Hollywood can look noble, forward-looking, progressive, etc. during awards season.

States Receiving Most in Federal Spending Per Dollar of Federal Taxes Paid:

Breakdown of American soldiers (by state) who have died in Iraq.

But never mind the bollocks, here comes something that Jason does know about:

I would just like to say at the outset of awards season that we here at LIBERTAS stubbornly refuse to provide the producers of Brokeback with any of the controversy they no doubt crave. Weâ€™ve been asked by several media services to comment on this film, and we wonâ€™t, other than to say this: Brokeback Mountain appears (because I havenâ€™t seen it, nor do I have any interest in seeing it) to be a completely conventional melodrama that is leaning entirely on its gay theme to â€˜ropeâ€™ audiences in. I mean, if this film starred Heath Ledger and, say, Kirsten Dunst (instead of Jake Gyllenhaal), would anybody care? I doubt it.

So today we have learned that the best way to run a “Forum for Conservative Thought On Film” is to not go to see films.

Just like the best way to fight for freedom in Iraq is to not serve in the military.

It sure beats leaving the house….