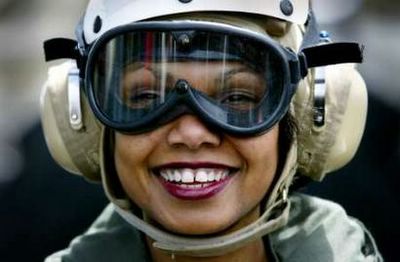 Well this is going splendidly:

German Chancellor Angela Merkel said Tuesday that the United States has admitted making a mistake in the case of a German national who claimed he was wrongfully imprisoned by the CIA.

Merkel spoke during a press conference with Secretary of State Condoleezza Rice, who refused to discuss specifics with reporters.

â€œWhen and if mistakes are made, we work very hard to try to correct them,â€ Rice said.

In March 2003, the Italian national anti-terrorism police received an urgent message from the CIA about a radical Islamic cleric who had mysteriously vanished from Milan a few weeks before. The CIA reported that it had reliable information that the cleric, the target of an Italian criminal investigation, had fled to an unknown location in the Balkans.

In fact, according to Italian court documents and interviews with investigators, the CIA’s tip was a deliberate lie, part of a ruse designed to stymie efforts by the Italian anti-terrorism police to track down the cleric, Hassan Mustafa Osama Nasr, an Egyptian refugee known as Abu Omar.

The strategy worked for more than a year until Italian investigators learned that Nasr had not gone to the Balkans after all. Instead, prosecutors here have charged, he was abducted off a street in Milan by a team of CIA operatives who took him to two U.S. military bases in succession and then flew him to Egypt, where he was interrogated and allegedly tortured by Egyptian security agents before being released to house arrest.

And these are our allies in the WarOnTerra.

This tour is going worse than when Karen Hughes was bigfooting around the Middle East. Are they trying to make American women look bad, or is it just inevitable when you’re talking about Condi & Sasquatch?