The sweet sweet taste of defeat 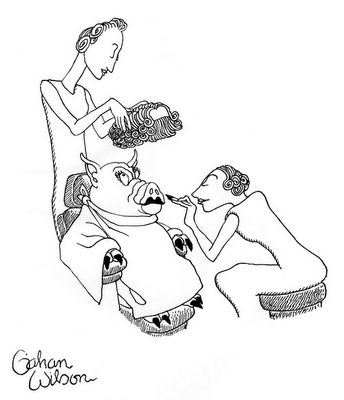 Tom DeLay’s lawyer tells Tom that he’s still facing the two major charges against him, but the good news is that he saved a bunch of money with Geico:

A judge dismissed a conspiracy charge Monday against Rep. Tom DeLay but refused to throw out far more serious allegations of money-laundering, dashing the congressmanâ€™s hopes for now of reclaiming his post as House majority leader.

DeLay declined to speak with reporters Monday evening as he entered a campaign fundraiser with Vice President Dick Cheney at a Houston hotel.

DeLay â€œis very encouraged by the swift progress of the legal proceedings and looks forward to his eventual and absolute exoneration based on the facts and the law,â€ Madden said.