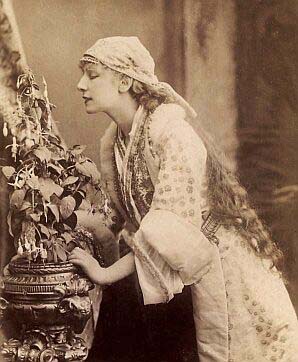 Sure she’s good. But can she kick ass in The Matrix?

1. Naomi Watts (as noted in comments below)- If you haven’t seen her in Mulholland Drive, you’ve missed an entire career worth of great scenes in one movie.

2. Frances McDormand – There is more to her than Fargo. Try Raising Arizona, Blood Simple, and Laurel Canyon. She’s a character actress who happens to be a star.

3. Meryl Streep – For some reason it’s fun to slag poor Meryl who consistently delivers work others can only dream of. I’ve never seen her betray the work, but I’ve seen the work betray her.The Deer Hunter, Kramer vs. Kramer, Sophie’s Choice, The French Lieutenant’s Woman, Postcards from the Edge, The Bridges of Madison County. Hell she even pulled off an action movie: The River Wild.

4. Holly Hunter – Yeah. Yeah. Nobody liked The Piano except for me, but she carried a load of gothic edge and near insane fury as she went from ice cold to warmth in a story that everyone would have loved if Emily Bronte had written it. Let’s not forget Raising Arizona, Broadcast News and Copycat where she took a nothing and made it into something. I had the good fortune to see her in 1985 in Ghost on Fire at the La Jolla Playhouse where she played a Texas housewife speed-freak and everyone leaving the theatre was absolutely buzzing about her and wondering who she was.

5. Jennifer Connelly – Love her for her total hotitude and admit that she has done some real crap, but look at the last few years: Requiem for a Dream, A Beautiful Mind, House of Sand and Fog, Dark Water.

6. Joan Cusack – Cusack is the female Oliver Platt. She takes a supporting role and makes something out of it and you always walk away from a film remembering more about her character than the lead. Sixteen Candles, Working Girl, In & Out. She’s even memorable when you don’t see her: Toy Story 2.

7. Kate Winslet – Okay, she did Titantic, give her a break. Heavenly Creatures, Sense and Sensibility, Holy Smoke, Quills, Finding Neverland and the upcoming All The Kings Men with Sean Penn, Jude Law, and Patricia Clarkson.

8. Cate Blanchett – For her work in Elisabeth alone. Check out Oscar and Lucinda.

9. Juliette Binoche – Binoche has that certain something that I can’t put a finger on. It’s like she is always beter than the material. Always.

10. Joan Allen – Pick a movie. Any movie. Pleasantville, Searching for Bobby Fischer, The Ice Storm, The Crucible, Nixon, even The Bourne Supremacy. Wanna see someone light up the screen? Try this years The Upside of Anger where sets a new standard for female rage and bitterness. Hell, she even made Kevin Costner shine.

That’s my ten and I’m sticking by them.