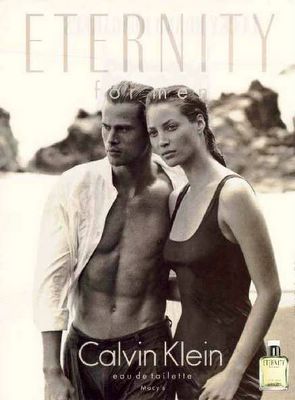 Eternity: It’s what you do until something
better comes along. By Calvin Klein.

With yet another tip from Roy, we offer up Kieran Michael Lalor (three names…just like those kids on Home Improvement. Kewl!) of The Eternal Vigilance Experience Society.

Eternal Vigilance Society is an independent organization dedicated to winning the War on Terror through the election of leaders willing to put protecting the Homeland ahead of politics and who espouse aggressive policies to achieve total victory in the War on Terror.

And since that war is ongoing and even has it’s own acronym (WOT) we have to wonder why K-Mike isn’t still fighting?

Kieran Michael Lalor enlisted in the United States Marine Corps Reserve in July 2000. After Recruit Training at Parris Island, SC and completion of the School if Infantry Mr. Lalor returned to reserve status and enrolled in Law School at Pace University in White Plains, New York.

In the aftermath of September 11th, Lalor left law school when his infantry unit was called to active service. Mr. Lalorâ€™s unit spent 2002 at Camp Lejeune, NC training and serving as a ready reaction force. After being demobilized in December 2002, Mr. Lalorâ€™s unit was again activated and deployed to Iraq in March 2003. Mr. Lalor served as a Squad Automatic Rifleman while conducting security and stabilization operations in Nasiriyah, Iraq during the spring and summer of 2003. After being deactivated in early August, Lalor again began law school.

Now, as I understand it, we have lots of lawyers with nothing but time on their hands. Three too many as I recall. And we’ve got lots of people willing to to pose with c-level celebrities and their sweaty man-boobs. But with military recruitment in the tank, we sure could use all hands on deck, so to speak.

Unless you’re married to Peggy Noonan.