Because even Conservative Think
Tanks have some standards 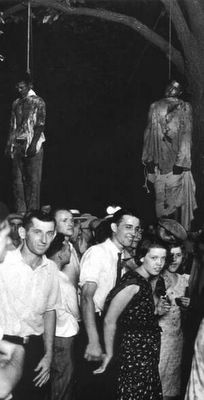 Steve Sailer has been conducting a lonely and too-little-noticed campaign these past few years to demonstrate that “Freakonomics” author Steven D. Levitt is all wet on abortion and crime.

Levitt’s theory, you may recall, is that the legalization of abortion led to a drop in the crime rate, since lots of the people who would have grown up to be criminals were no longer being born. By crunching the numbers, Steve showed that not only was this not what happened, the opposite thing happened. But Steve is, you know, a, ugh!, conservative, so no-one paid much attention…

Steve has put together a very handy summary of the controversy, including his results, here.

This instructive little saga illustrates all sorts of things, from the usefulness of the tireless and diligent blogger to the self-congratulatory dishonesty of too many of our public intellectuals.

It also illustrates the importance to the political Right of having some competent datanauts on our side. Steve is amazingly good at this (he likes to describe himself as “the only Republican who knows Microsoft Excel”), and it is astonishing that some conservative think tank hasn’t got him on a big fat permanent retainer by now.

Okay, maybe not so astonishing:

It also should have been expected that a large fraction of New Orleans’s lower class blacks would not evacuate before a disaster. Many are too poor to own a car, or too untrustworthy to get a ride with neighbors, or too shortsighted to worry…

In contrast to New Orleans, there was only minimal looting after the horrendous 1995 earthquake in Kobe, Japan–because, when you get down to it, Japanese aren’t blacks.

I’m sure that something will open up for Steve at the Washington Times one day.