Piss on their legs. Issue a storm warning. 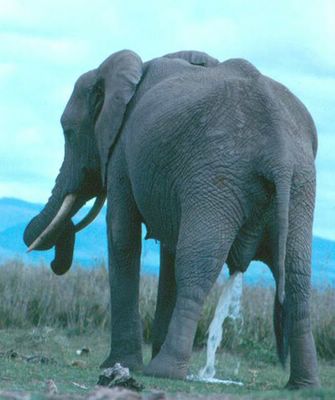 The Pentagon issues another press release.

Via Roy, I see that Jeff Goldstein, who is kind of the Shemp of VC Money SuckHole, LLC (see above), thinks that a free press in Iraq is one that takes money from the US government to convince everyone that the explosions in the streets and the death squads and the secret prisons are really kind of a good thing and that the people of Iraq should come out, come out wherever they are and meet the nice Americans who fell from a star…or something like that:

Anyway, a lot of sanctimonious posturing here. The truth of the matter is, we need to win the war before we can worry about leaving behind a pristine democracy, and what is happening here, it seems to me, is no different than, say, the LA Times or the New York Times reprinting press-releases from the anti-gun lobbyâ€”the difference being that while there is clearly a problem with such â€œjournalismâ€ in a free and long-established democratic republic (with an established â€œfreeâ€ press), Iâ€™m not so sure I see â€œlargely factualâ€ pro-American â€œpropagandaâ€ as too much of a problem if it helps to burnish the image of Americans in the eyes of skeptical Iraqis long under the boot heel of a tyranical dictatorâ€”and in doing so, helps save soldiers lives and expedites the victory on the ground and the establishment of a strong and viable Iraqi government.

Also, it bears noting here the the US military is working with willing Iraqi newspapers in an effort to thwart the insurgency by defeating them not just on the battlefield, but in the sphere of public perception.

I read the President’s Strategic Homilies and Dog & Pony Show white paper and I didn’t see anything about glossing over the bad shit and paying journalists to lie as part of a “plan for victory”.

(Added) Sorry. It was also on pages 3 and 36. I apologize for the omission.