Everyone, and I mean everyone right or left, is going to be on this like Jonah on the last Ding-Dong:

Former FEMA Director Michael Brown, heavily criticized for his agency’s slow response to Hurricane Katrina, is starting a disaster preparedness consulting firm to help clients avoid the sort of errors that cost him his job.

Brown said officials need to “take inventory” of what’s going on in a disaster to be able to answer questions to avoid appearing unaware of how serious a situation is.

In the aftermath of the hurricane, critics complained about Brown’s lack of formal emergency management experience and e-mails that later surfaced showed him as out of touch with the extent of the devastation. (Watch Brown is chosen as top ‘political turkey’ of the year — 2:58)

The lawyer admits that while he was head of the Federal Emergency Management Agency mistakes were made in the response to Katrina. He also said he had been planning to quit before the hurricane hit.

I’m sure this guy can appreciate the fact that Brown was going to be quitting anyway. 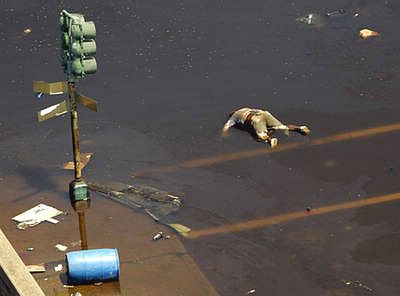