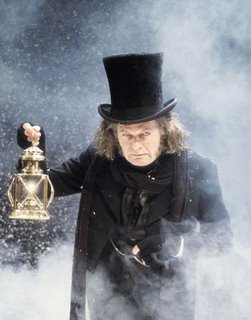 FEMA has decided not to kick displaced Katrina victims out on the streets during the holiday season, thanks to an outpouring of disgust from…well…everyone.

“We are not kicking people out into the streets,” R. David Paulison, acting director of FEMA, said in announcing the revised deadlines at a news conference here. “We want families in decent housing.”

You know your proposed policy isn’t going to work when protesting members of Congress seem like they have more of a heart than you do. Ahem.

With thousands of people still missing in the devastation of Hurricane Katrina, more than 400 bodies stacked in morgues that have yet to be indentified, and homes that are filled with debris, mold, and heaven only knows what else, we can all do better in helping the least of those among us. Time magazine had a heart-rending article about reconstruction efforts that is worth a read.

No matter how much I and my family have tried to do to help, it just doesn’t seem enough in the face of so much devastation and sorrow. All my best to those who are trying to find their feet again. And I’m very thankful that FEMA seems to have found its heart…at least for now.

UPDATE: Reader Marysz also points to this information regarding voter disenfrinchisement issues in NOLA because FEMA is refusing to cooperate with state government officials trying to contact voters prior to the February election. Lovely.