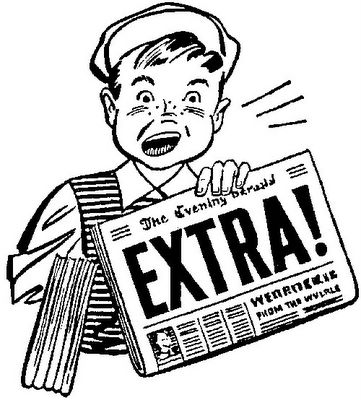 Like children waiting for Christmas morning to come, we sit by the virtual fireplace that is our CRT on Thanksgiving Eve and await tomorrows BLOGJAM!

When we left the previous BLOGJAM! we discovered that nothing much was learned other than the fact that LaShawn Barber can make herself invisible in a roomful of men. During tomorrows BLOGJAM! we can expect:

…the story of Pajamas Media’s journey to OSM and back again. A fast-moving, live, online debate, this blogjam features Glenn Reynolds, Adam Bellow, Cliff May and Tammy Bruce.

Because everything has gone so swimmingly well at PajamaOSMPajamas Media (I assume that you have already heard that going to the OSM site can cause Compaq brand computers to burst into flames. Oh that’s right. The MSM doesn’t want you to know about that. Never mind. Carry on.) it was probably a good idea for them to actually do the online debate on Wednesday night to avoid any unsightly glitches or what Charles Johnson calls, “so-called raghead religion of peace shenanigans” that might make the editorial board look, well, stupider than usual. Through the magic of kerning and internets browser technology and a little thing that we like to call “making shit up”, we bring you some outtakes from the OSM BLOGJAM! so that you can go back to eating or watching football or trying to give youself a home brazilian wax. You know which one you are.

I think the attacks on Pajama Media are completely unfair, similar to what I had to endure when I wrote “In Praise of Nepotism: A History of Family Enterprise from King David to George W. Bush” and people smirked and pointed out that my dad was Saul Bellow. I still don’t get that.

You know it was Joe Wilson’s idea to name it OSM, and we know what kind of craphound he is. He’ll just deny it, the big liar.

Dean Esmay has some interesting observations here that I haven’t read yet, but I’m sure they reveal that the Democrats have no plan for a blogging media empire of their own, much less any idea of which digital camera the Instawife will be buying for me this Christmas. Hugh Hewitt has some suggestions for her. More on the cameras at Bill Quick’s place.

What the hell were we talking about again?

Any of you guys want to go look for chicks?

For me Pajamas Media is the next step in the logical progression that has me moving from the New York Times to the Rocky Mountain News to NRO’s Corner and now here. It’s like I’m finally home…unless something opens up at the Pennysaver.

I’m trying to get John Cheever’s daughter, Robert James Waller’s nephew, and this guy who used to mow JD Salingers cousin’s lawn to join OSM. Oh, and Tom Clancy’s paperboy because he has old media credibility.

I’m sorry. I had to go take a crap and I got so engrossed in Terry Brooks’ Morgawr that I forgot about you guys. For more on Terry Brooks read this post by Mark Steyn, and Jeff Goldstein has some amusing stories about crapping here here here and here.

I’m only 4 foot nine and before I grew the beard everyone used to think I was that guy in The Station Agent. On weekends I have to put on gnome clothes and sit in Mr. Buckley’s herb garden, so I can really use the money here.

Personally I love the fact that the name changed back to Pajamas Media. It looks really cool on my business cards. The OSM name needed to be aborted and you guys know I’m down with that ;). Do you think that Portia de Rossi thinks I’m pretty?

Megan McArdle weighs in on Portia de Rossi here. Mickey Kaus has some additional thoughts and wonders if he can watch. Indeed. Don’t we all.

Hey what are you guys talking about? Can I join in?

Hey, if Jonah Goldberg applies to be on Pajamas will you guys help me vote him down? He still owes me twenty bucks and trust me; you don’t want to share a bathroom with him.

Evan Coyne Maloney once shared a bathroom with someone and he catalogs some things that he found in the bowl. I think a book deal should be in the offing. For more on books, Stephen Green admits to having read one here.

Speaking of books, my dad wrote some… or did I mention that already? Anyway, books are good. You should read them and …um……Jesus, I’m a fucking failure. What the hell was I thinking when I signed up for this?

This one time, when I was at bible camp…

Did you guys hear anything?

Nope. So did anybody elses check bounce? Roger said it was because of the name change and they had to close the account…but then he flew back to LA and now he doesn’t return my calls.

Eugene Volokh chimes in on California’s laws regarding bounced checks and Professor Bainbridge has some advice about how to sue for back pay.

Shit. And I just signed up for Paint Ball League on Victor Davis Hanson’s team. How the hell am I gonna pay for that?

This is probably Joe Wilson’s fault.