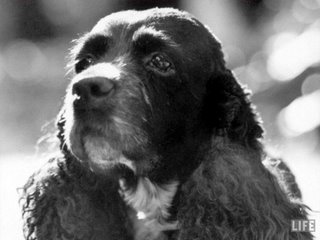 Our partnership has spanned my editing of his Rhodes Scholarship essay to his formatting of my footnotes in Unhinged to the most important project in our lives–our kids. He has done copy-editing on my three books, conducted background research, taken dictation, drafted language for business letters, reviewed contracts, mailed my thank-you notes, helped me with a handful of blog posts out of the estimated 3,000 I’ve written since June 2004, corrected the math in a few of the estimated 800 newspaper columns I’ve penned since November 1992, and provided me with emotional support and encouragement through good times and bad. In turn, I’ve proofread his dissertation, conducted background research, reviewed his grant applications, helped him with speeches and conference presentations, picked out his ties for interviews, corrected his grammar, rewritten ledes for his business-related op-eds, brainstormed and edited some of his research proposals, and tried to provide as much emotional support and encouragement to him as he has to me. Message to crackpots and haters: This is not a right-wing conspiracy. This is marriage.

My wife’s sitting over here. She’s a wonderful stenographer. She used to teach stenography and she used to teach shorthand in high school. That was when I met her. And I can tell you folks that she’s worked many hours at night and many hours on Saturdays and Sundays in my office and she’s done a fine job. And I’m proud to say tonight that in the six years I’ve been in the House and the Senate of the United States, Pat Nixon has never been on the Government payroll.

Malkin was plugging her new book and making its argument that America’s liberals are crazy, violent, and unhinged. Brad Krantz, one of the show’s hosts, was having none of it. I think this is the first time I’ve ever heard a radio talk show host really take her on.

Brad also asked her whether there’s anything to all of the chatter out there on the internet that her husband writes some of the material that’s published under her name. She denied this categorically, calling the suggestion “comical.”

UPDATE: Malkin blogs about this interview exchange here. One correction. She says this: “During one of countless book-related radio interviews this week, a liberal radio host insultingly asked me whether I write my own column.” On the radio show, when Brad Krantz asked her what she thought of the story swirling around the web that her husband writes some of her material, she responded with enthusiasm, and said that she was “glad” he had asked the question.

So…she lied. Don’t you hate it when the memory hole is on the fritz?

But maybe she’s just embarassed about the quality of Jesse’s work. Afterall, if he “has done copy-editing on my three books, conducted background research…” is it possible that he’s to blame for all of the errors in Internment?

I’ll have more to say about her substantive claims about MAGIC and racism and hysteria in a moment. First, though, people ought to ask Malkin some very serious questions about the book’s goal and the research methods that support it. In In Defense of Internment, Malkin “corrects the record” by telling a much broader story about a whole long set of government policies and decisions. She cites original documents from a staggering number of agencies and offices within agencies–the FBI, the Justice Department, the Office of Naval Intelligence, various branches of the War Department (including G1, G2, and the Provost Marshall General’s Office), the State Department, the Military Intelligence Division, FDR’s communications, and, of course, the voluminous MAGIC cables.

Malkin claims to have been inspired to start research on this topic after seeing a blog debate I conducted on the subject sixteen months ago. I can’t imagine how she–or, indeed, anyone–could have done the primary research necessary to understand the record, let alone “correct” it in an informed way, as the book claims to do, in five or six years, let alone in one. Especially while doing anything at all in addition to researching the book (such as writing a nationally syndicated newspaper column and having a child, as Malkin says she did). To tell the story correctly and impartially, a person would need to sift through thousands and thousands of pages of archival material from all over the country and then piece bits together into a coherent story.

I have a hard time believing that Malkin did anything of the sort. I suspect that she derived much of the information that supports her account from secondary sources, and relies primarily on primary research done (or perhaps not done) by others. (I do not doubt, by the way, that the documents to which Malkin cites actually exist; I’m not suggesting she’s making them up. What I suspect–indeed, what I know from my own experience–is that there must be thousands of additional documents in the archives that are relevant to a full understanding of the government’s wartime decisions, and that massively complicate the simple story she narrates). A person certainly can “provoke debate” (uninformed debate, at least) by going about things in this way. But a person can’t “correct the record” in this way, or report history in a way that anyone ought to believe. It’s just not possible, and it’s not credible.

So, as far as a vast right-wing conspiracies go, Michelle and Jesse’s is only half-vast….

But you knew that.