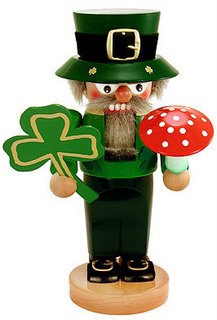 The NYTimes is adding another wrinkle in the leak investigation this morning. Eric Lichtblau is reporting that Condaleeza Rice is refusing to comment on whether or not she is Woodward’s source. Whether that means anything at all is anyone’s guess at this point — well, except Fitz, because he sure isn’t guessing.

The use of a new grand jury, perhaps to explore the Woodward issue, does not necessarily indicate that Mr. Fitzgerald plans to bring additional charges against anyone. But current and former prosecutors noted that the process was time-consuming – the new grand jury will probably have to be read at length from the transcript from the last grand jury on any relevant issues-and that the prosecutor would be unlikely to take such a step lightly.

“If he’s taking the affirmative step of going before a new grand jury, he clearly has more evidence he wants to present,” said Nicholas Gess, a senior Justice Department official in the Clinton administration. “That’s not just a fishing expedition.”

It’s true — the process is not only time consuming, but a prosecutor must be mindful of the inconvenience in time for the jurors, and also the additional costs involved, along with not pushing things too far. You only open things wide open again if there is a reason to do so. And I am feeling like there is still one hell of a reason. And I am not alone.

E. Lawrence Barcella Jr., a former federal prosecutor who is now a prominent defense lawyer in Washington, said the development “means a little bit of jeopardy to everyone” who had been connected to the investigation because Mr. Fitzgerald might be exploring new avenues and revisiting old ones.

“Just when the White House thought it was over the indictment hump with Libby, now all of a sudden you have an active investigation back on the front burner,” Mr. Barcella said.

Well, all I can say is…sweet!