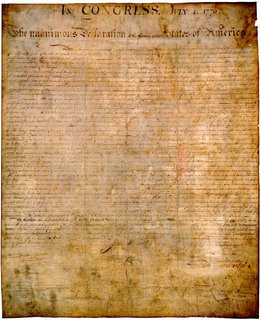 Of all the enemies to public liberty war is, perhaps, the most to be dreaded, because it comprises and develops the germ of every other. War is the parent of armies; from these proceed debts and taxes; and armies, and debts, and taxes are the known instruments for bringing the many under the domination of the few. In war, too, the discretionary power of the Executive is extended; its influence in dealing out offices, honors, and emoluments is multiplied; and all the means of seducing the minds, are added to those of subduing the force, of the people. . . . [There is also an] inequality of fortunes, and the opportunities of fraud, growing out of a state of war, and . . . degeneracy of manners and of morals. . . . No nation could preserve its freedom in the midst of continual warfare. . . .

Theodore Roosevelt, prior to the First World War in 1918:

“To announce that there must be no criticism of the president, or that we are to stand by the president, right or wrong, is not only unpatriotic and servile, but is morally treasonable to the American public.”

‘I believe that there can be no doubt that criticism in time of war is essential to the maintenance of any kind of democratic government….. Too many people desire to suppress criticism simply because they think it will give some comfort to the enemy…. If that comfort makes the enemy feel better for a few moments, they are welcome to it as far as I am concerned because the maintenance of the right of criticism in the long run will do the country more good than it will do the enemy, and it will prevent mistakes which might otherwise occur.”

One of these things is not like the others…