Must read: 'The War against Right-wing Theocrats finally begins for real'

Wild wingnuttery (clockwise from top): James Dobson, founder of Focus on the Family; Donald Wildmon, founder of the American Family Association; Gary Bauer, president of American Values; and Pat Buchanan, a political commentator and founder of American Cause. They’ve been in control of the GOP agenda for too long, and the internal holy war is starting. (Photos: AP)

Here’s a great DKos diary by Glenn Greenwald that Blender Paul pointed me to. It’s a piece on the long-awaited war within the Republican party against the social conservatives that have hijacked the movement with an unbridled desire to wind back the cultural clock, put a bible in every hand, a lock on a woman’s womb, and gays firmly back in the closet.

Is it too late to stop these fire-breathing maniacs? A snippet:

The GOP is already hopelessly dependent upon the enthusiastic support of this strident, power-hungry minority. And these social conservatives are tired of waiting. They believe that their time for true power has arrived and they are not going to modify their demands or be satisfied with token gestures. They believe that they twice delivered the Presidency to George Bush and that the GOP needs them if the party is to stay in power. These beliefs have made them drunk with power and they are insisting upon carte blanche to control the areas of federal policy they care about. And they have been given that control by a captive Administration which has no choice.

Almost nothing happens of any domestic significance without the prior consultation and approval of the James Dobson’s of the world, and entire sectors of federal law are being shaped to comport with their highly intrusive vision. There is nothing conservative about it, but by operating in the bureaucratic crevices of Washington where little attention is paid, they are slowly but inexorably re-creating almost every sector of federal law and administrative agency regulations in their own image.

But wait — Abraham Foxman, director of the Anti-Defamation League, threw down the gauntlet in a speech last week, taking on Focus on the Family and the Family Research Council.

Foxman said as these groups seek to use the government to further their missionizing goal, Democrats and Republicans alike are “pandering” to the religious conservatives.

…”What we’re seeing is a pervasive, intensive assault on the traditional balance between religion and state in this country,” he said. “They’re trying to bring Christianity to all aspects of American life. They’re not just talking just about God and religious values but about Jesus and about Christian values.”

…But even more threatening, Foxman said, is how the views of many of the most strident Evangelical leaders have started to pervade American society, which he said will be revealed in a forthcoming ADL poll.

Some of the findings in that poll will send a chill down your spine:

* 70 percent of weekly churchgoers and 76 percent of self-described Evangelicals agreed that “Christianity is under attack”, even though they have inordinate influence in Congress, the White House and the courts.

* 89 percent of Evangelicals agreed that religious symbols “like the Ten Commandments” should be displayed in public buildings.

And what are we going to do with these people – we’re f*cked:
* only 26 percent of Evangelicals and 31 percent of weekly churchgoers agreed that “courts should protect church-state separation.”

Foxman’s speech scared the dickens out of the spineless Jonah Goldberg, who likes bedding down with the AmTaliban because the thought of siding with liberals is too much to bear, in fact dangerous. Glenn:

The explosiveness of this rift within the GOP is nicely illustrated by the reaction of National Review’s Jonah Goldberg to the ADL’s long overdue stance.  Driven by the deep personal fear which characterizes virtually everything that he thinks and writes, Goldberg yesterday attacked the ADL for this speech, because Goldberg is petrified that the ADL, by criticizing this theocratic movement, will make them angry. He beings by melodramatically lamenting that the ADL “is making a horrible, horrible mistake,” and then launches this telling, name-calling criticism of the ADL’s stance: 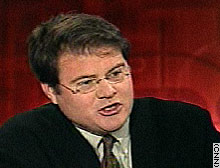 Indeed, it strikes me as a form of cowardice to turn your energies against philo-Semtic (sic) Christian conservatives at a moment when real anti-Semitism is thriving in so many other quarters. Liberalism isn’t Judaism and Judaism isn’t liberalism. He’d be well advised to keep that in mind, for the sake of Jews and liberals alike.

Goldberg apparently thinks that, “for the sake of Jews,” the ADL should avoid criticizing “Christian conservatives” because to do so is to associate itself with liberalism, which can only endanger Jews. He argues that the theocratic longings of Christian conservatism ought to be ignored by the ADL because the group’s energies are better directed towards fighting what he calls “real anti-Semitism thriving in so many other quarters.”

What powerful forces exhibiting “real anti-Semitism” does Goldberg think the ADL should be condemning instead of the church-state attacks being launched by the American Religious Right? Where are these threatening circles of “real anti-Semitism” which the ADL can do anything about? Goldberg doesn’t say. Is it found among impotent, powerless Ward Churchill-type academicians? Among Muslim rioters in the French slums? Among clownish neo-Nazi groups with membership lists in the hundreds?

Boy, Jonah’s feeble. Maybe the tide is turning among moderates and economic conservatives, but damn, when are the rest of the elected GOP clowns going to stop taking Dobson’s calls and publicly take on the AmTaliban?

Go read the rest of that Recommended Diary.

Must read: 'The War against Right-wing Theocrats finally begins for real'