Big Time Has a Big Mouth 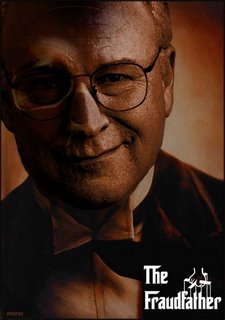 A White House official said on Thursday that national security adviser Stephen Hadley was not Woodward’s source on Plame.

If that’s true, as far as I can tell, that only leaves Big Time.

Emptywheel has a must-read post on the critical timing of the Woodward leak and how, if it came from Cheney, it almost certainly represents and Espionage or IIPA violation. Cheney probably got his information from Tenet (despite Tenet’s protestations to the contrary, according to people at the NYT anyway), and as Fitzgerald took pains to outline in the Libby indictment, Cheney knew quite well that Plame worked in counterproliferation which meant her status was covert. More on this later, but I’m thinking this will make for an explosive Christmas — look for Bush to be doing some brush clearance at the VP’s office before the SOTU in January.

Big Time Has a Big Mouth