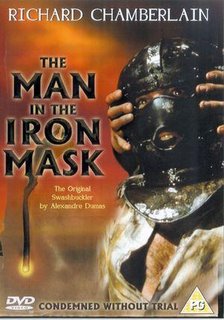 Why would Scooter Libby tell such an intricate series of lies, which were clearly contradicted by his own detailed notes, unless…he’s covering for someone else. Say, his boss.

In the opening days of the CIA leak investigation in early October 2003, FBI agents working the case already had in their possession a wealth of valuable evidence. There were White House phone and visitor logs, which clearly documented the administration’s contacts with reporters.

And they had something that law enforcement officials would later describe as their “guidebook” for the opening phase of the investigation: the daily, diary-like notes compiled by I. Lewis “Scooter” Libby, then Vice President Cheney’s chief of staff, that chronicled crucial events inside the White House in the weeks before the identity of CIA operative Valerie Plame was publicly disclosed.

Even the WaPo has started speculating about Libby’s stupid decision to make his case all about “journalists told me…no, really.”

To critics, the timing suggests an attempt to obscure Cheney’s role, and possibly his legal culpability. The vice president is shown by the indictment to be aware of and interested in Plame and her CIA status long before her cover was blown. Even some White House aides privately wonder whether Libby was seeking to protect Cheney from political embarrassment. One of them noted with resignation, “Obviously, the indictment speaks for itself.”

In addition, Cheney also advised Libby on a media strategy to counter Plame’s husband, former ambassador Wilson, according to a person familiar with the case.

Gee, wonder why all eyes have been on Dick Cheney? Hmmm…I wonder. *snerk*

And who does the WaPo interview for the GOP perspective? Why look, it’s Victoria Toensing, attempting to spin things for her team again.

“People have different memories,” said lawyer Victoria Toensing, a Justice Department official in the Reagan administration. She said the fact that Fitzgerald did not indict on the crime he set out to investigate — illegal disclosure of classified evidence — supports the conclusion that no such crime took place. Fitzgerald has said he could not make such a determination because his inquiry was obstructed by Libby’s deceptions.

Wrong. Wrong. Wrong. Shamefully wrong. Toensing rides on her prior DoJ laurels way too often in pretending to speak for prosecutors nationwide and she steps way over the line here.

The truth is, prosecutors often face a defendant that is guilty as sin, and they know it — but the evidence gathered by investigators isn’t enough to make the full case. You can’t charge something unless and until you have the evidence to meet every count, but that sure as hell doesn’t mean that you don’t know a crime has been committed, and that you wouldn’t love to be able to charge that crime if you had the evidence to do so.

I can personally name a number of people that I had to charge with lesser offenses that I would suit back up again just to charge them with the full load if the evidence became available.

And where you have a defendant who is deliberately lying in order to obstruct your investigation, perhaps to protect his boss and others in the Administration, you have someone who deserves prosecution to the fullest extent of the law. Period.

I wish someone in the MSM would ask Victoria (or her apologist hubby Joe DeGenova) how many times they charged Obstruction, Perjury and False Statements in their careers with the DoJ — and how important those charges are as tools for getting to the heart of a criminal enterprise (you know, like the mob or a drug cartel conspiracy, ahem).

One interesting tidbit in the WaPo article was this:

Libby’s defense must also reckon with his own notes. Lawyers familiar with the case said in general his notes do not recount the details of conversations and do not specifically contradict his account to investigators. Usually the notes explain with whom he met each day. One remarkable exception was when he chronicled a meeting with his boss on or about June 12, in which Libby wrote that Cheney told him that he learned from the CIA that Wilson’s wife worked at the agency.

Hmmmm…was Libby taking detailed notes in this instance as a form of pardon insurance? But, with Cheney’s waning influence with Bushie, the dangling threat of further charges looming in the case for Rove and for a potentially broader conspiracy, and the substantially sagging Preznit poll numbers — and the even more waning influence that Bushie has with anyone in Congress — well, that pardon isn’t looking so certain these days, now is it?

Do you risk the rest of your life on a Preznit that governs on petulant whims? Do you risk Rove not stabbing you further in the back — or trust Dick Cheney to do the right thing by you? Don’t know about Scooty Poot, but were I his wife, I’d be bending his ear about negotiating something more definite with Fitz — he seems like a guy that actually keeps his word.

Crooks and Liars has much more, including the clip of Andrea Mitchell on Imus I talked about earlier in the week. Great stuff!