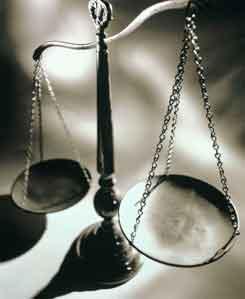 Of all of the legal protections that we hold as American ideals and as examples to other nations as embodied in our Bill of Rights, the right of habeas corpus is the only civil liberty to be held so important by the Founders that it was included in the Constitution itself. This week, the United States Senate voted to restrict that right of petition for grievance.

Such restriction was for enemy combatants held outside the United States, so why should any citizen care? Because a restriction on this fundamental right for some could mean restrictions for all of us down the line.

A right to challenge being held by the government for improper reasons is at the heart of our democracy — where such right was established to secure our rights to liberty and freedom, and to stop imprisonment of opposition candidates for political reasons.

The right of habeas corpus is our firewall against the tyranny of the majority — it dates back to the Magna Carta, which bound the king to the rule of law. To threaten habeas corpus protections tears at the very fabric of rights in this nation.

Here is why: if you are arrested under false or bogus charges, or without any charge whatsoever as reason for your detainment, you have a right to petition a court to ask that the charges against you be detailed and justified under the laws of this country. The state must justify its right to hold you under the law, or you must be set free — they cannot hold you without just cause.

What the Senate is asking is that we simply trust that our government is doing the right thing, and that they are only holding guilty persons in our name, and that the military tribunals who have been holding hearings on detainments will adequately address all constitutional problems when many of these detainees have had difficulties in gaining access to legal counsel, and that all of this being done in the name of the United States should be considered acceptable when we afford one standard of justice to our citizens and a completely different standard of justice to those we deem not worthy of it simply because they are non-citizens held in our legal custody.

The Hamdi case gave the Supreme Court an opportunity to review habeas standards for detainees. In his dissent, Justice Scalia stated "[i]f civil rights are to be curtailed during wartime, it must be done openly and democratically, as the Constitution requires…" and went on to quote Alexander Hamilton from Federalist Number 8:

"The violent destruction of life and property incident to war; the continual effort and alarm attendant on a state of continual danger, will compel nations the most attached to liberty, to resort for repose and security to institutions which have a tendency to destroy their civil and political rights. To be more safe, they, at length, become willing to run the risk of being less free."

"The Founders warned us about the risk," Scalia noted in his Hamdi dissent, "and equipped us with a Constitution designed to deal with it.

"Many think it not only inevitable but entirely proper that liberty give way to security in times of national crisis…" but, Scalia added, "that view has no place in the interpretation and application of a Constitution designed precisely to confront war and, in a manner that accords with democratic principles, to accommodate it." (Hat tip to Mark Marshall on this.)

What the Senate did this week was to thumb its nose at the Founders and their vision of legal rights for all, regardless of the political expediency of the moment. I rarely agree with Justice Scalia in philosophical terms, but in this particular matter, we see eye to eye.

And in this particular vote, the Senate is also thumbing its nose at the Supreme Court’s decision in Rasul v. Bush (warning PDF), wherein the Court upheld the US statutory adherance in 18 USC 2441 to the Geneva Conventions and the Annex to the Hague Conventions.

We join these international treaties for a reason. In this particular case, these conventions and treaties provide protections for our men and women fighting overseas (as one example), should they be taken prisoner, to ensure that they will not be tortured or treated badly. They also establish clear ground rules for legal protections, for our citizens, as well as for citizens of other nations in our custody. A lot of these principles were based on the rule of law as we practice it here in the United States — or at least, as we practiced it at the time these treaties were negotiated.

The Constitution is not a document of convenience. It is what we strive toward in this nation in terms of legal freedoms and rights, and to so blithely cast its principles aside for political expediency in the short term moment is shameful.

Further, our nation was founded on the principle that "all men are created equal." Each time we take a step away from that, we cheapen that ideal, and we trample on the sacrifices made by so many at the birth of this nation who paid dear with their lives so that their children, and their children’s children, might live in a nation that held up the idea of liberty and freedom from tyranny as a beacon to the whole of the world.

To say that an enemy combatant is less deserving of the protections afforded our citizens because he or she is not from this nation is morally wrong, let alone legally questionable under our treaty obligations.

To imprison a person for an indefinite period of time, with little to no legal recourse for determination as to whether or not that person has been lawfully held, undercutting any ability for oversight of the matter by a higher court, stands against everything this nation has fought for through the years — and it cheapens those civil liberties that we have held out to other nations as better standards than their own. We have lowered ourselves to the standards of nations we recently condemned for human rights violations, and we ought to be ashamed of ourselves for allowing this to happen.

This is not some casual decision to be made in haste, but one which must be well considered before taking any further step.

But don’t take my word for it, when even conservative legal scholars are saying that this is a bad idea. Perhaps Lindsey Graham and his pals ought to take a second look at what they are proposing.

As a result, even assuming that the relevant constitutional standard for a suspension of habeas corpus has been met, proposals to eliminate habeas review of enemy combatant classifications are premature. In fact, it is not even clear that the courts would seek to extend such review to non-U.S. citizens held overseas. The Supreme Court ruled that the writ was available to detainees at Guantanamo Bay, Cuba, largely because that territory is so completely controlled by the United States. Moreover, to the extent that the Defense Department authorization amendment would effectively overrule that decision and eliminate habeas corpus review for individuals held at Guantanamo, it is unwise – legally and politically.

This is a horrible precedent to set. To say to the world that the principle of habeas corpus which began with the Magna Carta should only apply to some of the people under our jurisdiction is to set our selves up as the very tyrants we fought to overthrow at our Founding.

King George wasn’t a very good ruler back then, either.

For more excellent discussion on this issue, see Scotusblog and TalkLeft.

One further note: It occurs to me that Karl Rove may be setting this up as yet another wedge issue. I am reminded of his divisive speech wherein he stated that liberals wanted to give the 9/11 terrorists therapy and lawyers, and that the Republicans may be attempting to set this up as a "just more liberals arguing to give the terrorists lawyers" sort of argument.

To Karl and his pals, I say this: If this is your plan, shame on you and every filthy little crony you get to go along with you. The Constitution is not for your manipulation, and neither are the principles contained therein.

UPDATE: For how badly we look with all of this, even to our friends, read here.

Utilitarian Postmodernists and the Office of Special Plans