Drawing a Line at Lies 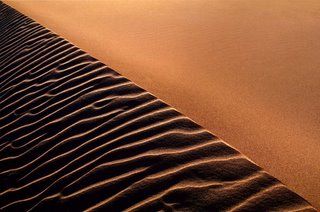 Today’s WaPo has a brief analysis of the Hadley and Preznit speeches — you know, the ones that said, “The Dems were stupid enough to trust us, so blame them, too.”

Neither assertion is wholly accurate.

In other words, liar, liar, pants on fire the Administration is again manipulating the information for public consumption. (Jane covered the Hadley speech exceptionally well here.)

And the point that the Preznit and Hadley fail to make — you know, the actual truth of the matter? That Bushie, as President of the United States and the ultimate consumer of intelligence information and controller of its dissemination to Congress, receives a more thorough briefing than said members of Congress when he and his staffers fail to turn over all the information.

But Bush does not share his most sensitive intelligence, such as the President’s Daily Brief, with lawmakers. Also, the National Intelligence Estimate summarizing the intelligence community’s views about the threat from Iraq was given to Congress just days before the vote to authorize the use of force in that country.

In addition, there were doubts within the intelligence community not included in the NIE. And even the doubts expressed in the NIE could not be used publicly by members of Congress because the classified information had not been cleared for release. For example, the NIE view that Hussein would not use weapons of mass destruction against the United States or turn them over to terrorists unless backed into a corner was cleared for public use only a day before the Senate vote.

The fact is, the Administration knows that they have more access to intelligence than members of Congress, and they are simply flat out lying when they try to spin the information otherwise. Absolutely shameful — but not surprising, considering the source.

Look, I’m not placing the whole of the blame on the Administration’s shoulders. Frankly, there were a whole lot of folks screaming at the top of their lungs to slow things down, that the whole of the information was not contained in the documents, that this wasn’t in the best interests of the nation as a whole.

Sen. Byrd gave an eloquent speech to that effect on the floor of the Senate at the time that is a fine example of that sentiment.

Senators on both sides of the aisle failed to do their jobs adequately, and allowed short term political considerations for upcoming elections to trump responsibilities for oversight through advice and consent.

The lawmakers are partly to blame for their ignorance. Congress was entitled to view the 92-page National Intelligence Estimate about Iraq before the October 2002 vote. But, as The Washington Post reported last year, no more than six senators and a handful of House members read beyond the five-page executive summary.

But that in no way excuses the Administration from failing to provide the fullest possible picture of the pros and the cons of the intelligence information.

And that was decidedly not provided (perhaps not even provided to the President, according to Larry Wilkerson’s recent statements).

The American people deserve to know the whole truth, not just that portion the Administration deems appropriate for them to know in order to save their sorry asses to perpetuate their version of events.

There are soldiers risking their lives and limbs every single day as a result of the decisions made by this Administration and this Congress. Every citizen in this nation, regardless of political affiliation, deserves to know how the decisions were made to send them to war.

If for no other reason than as a lesson on how things should — or should not — be done in the future. Our nation’s reputation, and the lives of some of its finest young people, deserve no less than that.

Drawing a Line at Lies