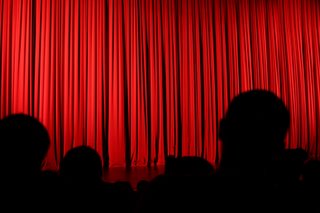 Sen. Jay Rockefeller, (D-WV), wants to raise the whole curtain on the pre-war intelligence issues. Not just the tiny peep show that Pat Roberts has been proposing — but the whole, wide-angle viewing of how the Iraq war was sold to the American public.

“Comparing public statements with what the intelligence community published does not alone tell the story,” Rockefeller said in a statement yesterday. “If necessary, we may need to conduct interviews and request supporting documents.” Rockefeller warned that “if the committee is denied testimony or documentation, we must be prepared to issue subpoenas.”

Well, that’s a whole ‘nother thing — and an extension of what the original agreement was last year on the Phase II portion of the committee invetigation. And it’s about time.

Sen. Rockefeller made news this past weekend, saying “I was dead flat wrong.” in voting for the Iraq War, along the vein of if I knew then what I know now about how we were being misled.

And now he wants to know exactly how misled he and the rest of the Senate were.

Rockefeller said that several new intelligence items need to be included in the Phase Two review that were not known when the committee released the first phase of its review more than a year ago. That phase centered on the quality of prewar intelligence, not on how the administration presented it publicly.

Rockefeller cited the Defense Intelligence Agency’s report in 2002 that questioned the reliability of an al Qaeda captive whose information later became the foundation for allegations that Iraq was training Osama bin Laden operatives….the panel also will compare prewar assessments on what would happen in postwar Iraq with what has occurred there, and it will examine how information provided by Iraqi defectors and exiles, including Ahmed Chalabi, were incorporated into intelligence analyses.

Could be a very interesting couple of weeks. The infighting among members of the WH staff as the Libby indictment ramifications shake out could produce some very interesting testimony. Especially given the fact that the various camps seem to be lining up to protect their own interests and asses.

The question is: who is going to be standing when the whole curtain is finally raised?