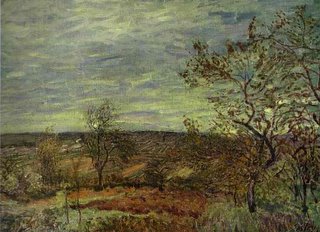 According to the WaPo, the winds of change may be blowing across the political landscape in America. The 2006 elections are looking anything but solid for the Republican majority in Congress.

One year before the 2006 midterm elections, Republicans are facing the most adverse political conditions of the 11 years since they vaulted to power in Congress in 1994. Powerful currents of voter unrest — including unhappiness over the war in Iraq and dissatisfaction with the leadership of President Bush — have undermined confidence in government and are stirring fears among GOP candidates of a backlash.

But all is not a celebration for Democrats, either. Voters are not happy with Democrats, don’t see them as leaders, and can’t seem to find issues for which the Democrats are proposing major inititives or even minor solutions in most cases. Perhaps because they aren’t — or at least, haven’t been doing so with any real communicative ability.

One bright spot for the Republicans is the low regard in which many Americans hold the Democrats. The public sees the Democrats as disorganized, lacking in clear ideas or a positive alternative to the GOP agenda, and bereft of appealing leaders. In the Post-ABC News poll, voters gave Washington low grades without favor: Just 35 percent said they approved of the job Republicans in Congress were doing, while only 41 percent gave a positive rating to the Democrats.

Essentially, it’s a pox on both their houses from the voters in terms of larger national picture thinking. But still a loyalty to the incumbants still exists — at least for now. But the question is, will such loyalty hold? That same trend held in the 1994 elections, prior to things going South for Democrats in that mid-term. Analysts are asking themselves whether those same conditions may be building for a Republican rout in next year’s mid-term elections.

Two-thirds of those surveyed by The Post and ABC News said the country is heading in the wrong direction. Asked whom they were likely to support in next year’s House elections, 52 percent of registered voters said the Democratic candidate, while 37 percent said the Republican. While this testing of generic preferences is not always a reliable indicator of elections, the result suggests that Republicans for now are in trouble.

Republicans may find solace in the fact that 60 percent of those surveyed approved of the job their own House member is doing — but that, too, was the case one year before the 1994 election. Then the percentage declined throughout 1994; if the same happens next year, Republicans will be in serious trouble.

In another indication of unrest, a majority now say they have little or no confidence in the government in Washington to solve problems, another statistic that is similar to findings at this point 12 years ago. Confidence deteriorated steadily throughout 1994.

What people want are solutions to the problems that loom in their lives: high energy prices, an unstable economy, the instability in Iraq and Afghanistan and elsewhere, and the nagging question of whether or not government is doing its job for the people — or only for their cronies.

Suddenly competency and doing the job for all the American people is sexy. Democrats had better take that ball and run with it. Conditions are becoming favorable for a Democratic win in 2006 — but the party has to offer more than criticisms. Competence requires some plans, and a clear message to deliver them.

Here’s my contribution: Stronger economy. Stronger families. Stronger America — for everyone. Find a way to work that into our message every day, via proposals, plans, photo-ops, whatever. But Americans need to understand that Democrats do the work so that every American has a better life. Because right now, the message that Republicans are only in it for themselves gets hammered out in the news every single day.