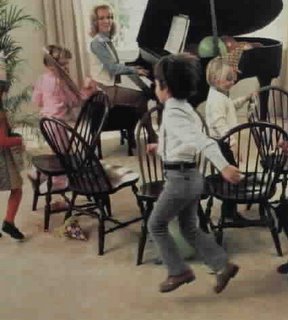 Is Bush looking to unload Rover, Snow, Rummy and McClellan? According to Mike Allen of Time Magazine, anyway:

Despite Rove’s flashes of ebullience in recent days and the insistence of friends that he is out of legal jeopardy, several of the most important lawyers who deal with special counsel Patrick Fitzgerald said they saw more clues last week that Fitzgerald is continuing to look into the possibility of charging Rove with lying to investigators or the grand jury or both. If that happens, Rove almost certainly would resign immediately, as did I. Lewis Libby, Vice President Dick Cheney’s chief of staff, when Libby was indicted two weeks ago. Otherwise, Rove is likely to wait for a chance to minimize the perception that he is being hounded out or leaving under a cloud. And he’s got one constituency rooting for him, the conservatives who rely on him to be their voice. If he leaves, he will not be alone. Several well-wired Administration officials predict that within a year, the President will have a new chief of staff and press secretary, probably a new Treasury Secretary and maybe a new Defense Secretary.

Andy Card had wanted Snow’s job, but the threat of indictments may have opened up the possibility that he will be Bush’s new “brain.”

And what, exactly, does that portend? Billmon:

[T]he Andy Card I’m familiar with (although admittedly only in passing) sure doesn’t seem like a serious contender to be the new power behind the throne — especially when the guy currently holding the position is named Karl Rove.

On the other hand, given Bush’s well-demonstrated weakness for servile sycophants, maybe Card really has talked his way into a promotion from chief cheeseburger chaser to Grand Vizier.

I guess it could be argued that since the smart guys — i.e. Bush’s cracker barrel version of the Best and the Brightest — have gotten us into so many messes, why not let the dumb guys take a crack at getting us out. But that doesn’t always work out so well in practice. If Andy Card truly is (or is about to become) Bush’s “brain,” then the next three years are likely to be pretty amusing — at least for those with a morbid sense of humor.