Thanks For the Memories, Irv 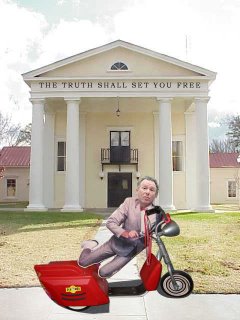 For the first time in his presidency a majority of Americans question the integrity of President Bush, and growing doubts about his leadership have left him with record negative ratings on the economy, Iraq and even the war on terrorism, a new Washington Post-ABC News poll shows.

On almost every key measure of presidential character and performance, the survey found that Bush has never been less popular with the American people. Currently 39 percent approve of the job he is doing as president, while 60 percent disapprove of his performance in office — the highest level of disapproval ever recorded for Bush in Post-ABC polls.

The indictment Friday of I. Lewis “Scooter” Libby, Vice President Cheney’s former chief of staff, in the CIA leak case added to the burden of an administration already reeling from a failed Supreme Court nomination, public dissatisfaction with the economy and continued bloodshed in Iraq. According to the survey, 52 percent say the charges against Libby signal the presence of deeper ethical wrongdoing in the administration. Half believe White House Deputy Chief of Staff Karl Rove, the president’s top political hand, also did something wrong in the case — about 6 in 10 say Rove should resign his position.

While it’s hard to relate to the profound lack of attention being paid by anyone who wasn’t hip long ago to the fact that Dubya has always been a petulant rich jerk and a world-class beatoff, I’m not gonna slam ’em for being late to the party. The way I look at it, now they’ll just get to enjoy all the jokes about out-of-season brush clearance, drunken bicycle rides and White House man-whores that have kept the rest of us amused for so long.

In the mean time, the 1600 crew probably have more of this to look forward to. From Knight Ridder:

(thanks to poputonian and Dena for the graphic)

Thanks For the Memories, Irv