Vengeance is Mine, Sayeth the Lott 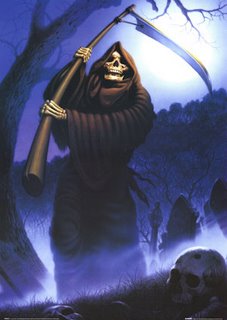 Hurricane Katrina victim Trent Lott seems to be going for the payback gold. After all, it was Rover who took advantage of Lott’s Strom Thurmand woes and engineered Herr Cat Killer’s ascendence to majority leader in the Senate.

But today on Hardball, cranky ol’ Trent is calling for Rover’s resignation:

Look, [Rove] has been very successful, very effective in the political arena. The question is should he be the deputy chief of staff under the current circumstances? I don’t know all that’s going on, so I can’t make that final conclusion. But, you know, how many times has the top political person become also the top policy advisor? Maybe you can make that transition, but it’s a real challenge, and I think they have to — I do think they need to look at bringing in some more people, you know, old gray beards that have been around this town for a while, help them out a little bit at the white house.

Rover’s made a lot of enemies over they years who have been afraid to strike back. Now that his power is on the descent, it looks like revenge is reaching some sort of DC tipping point.

C&L has the most entertaining video.

Vengeance is Mine, Sayeth the Lott