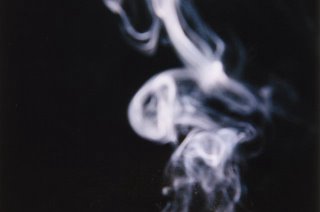 It is the Sunday of think pieces, the day after the day that Scooter Libby was officially indicted, and it seems that everyone inside and outside the WH is trying to get their advice to the President on paper this morning.

What is most striking, although perhaps not unexpected considering Libby was his Chief of Staff, is that the focus is primarily on the Vice President and his role in steering the Administration. According to the WaPo:

Bush also must consider the degree to which Cheney has now become a liability in his efforts to recover politically. Two Republicans privately said yesterday the taciturn Cheney has become a major burden to the president, and that his association with an unpopular war and proximity to the Libby embarrassment will eat at the administration’s credibility. “This ‘I’m a sphinx’ gig just doesn’t get it any more,” one of the GOP strategists said.

Interesting. And who might these Republicans be? That’s an awfully broad assignation for anonimity, which tells me that this is either Rove or a surrogate trying to take the heat off the Doughboy, or someone in Congress who is worred about Cheney’s drag on the 2006 election prospects.

Either way, that GOP folks are willing to say straight out that Cheney is a “major burden” is astonishing when you think about the unified “no problem here” front that was rock solid only a couple of months ago. Again, in the WaPo:

Friday’s indictment of Vice President Cheney’s chief of staff I. Lewis “Scooter” Libby dealt another big blow to public confidence in the administration, according to a new Washington Post-ABC News poll. Bush’s approval rating fell to 39 percent — the lowest recorded by this poll in his presidency — and a majority of Americans said the charges signal broader ethical problems in the administration. By a ratio of 3 to 1, those surveyed said the level of honesty in government has declined during Bush’s tenure.

I’m sorry. Wasn’t this the group of people promising to restore integrity to the White House? Whew, not so much. But 3 to 1 — well, that’s a fairly big chunk of what used to be considered a solid base of support for the WH now thinking this Administration is a bunch of unethical yahoos.

But they’ll turn it around quickly, right? I mean, GOP folks still have faith.

A Republican strategist, speaking on the condition of anonymity to offer a bark-off analysis of Bush’s problems, was far gloomier, noting that the situation facing Bush is about as bad as it can get. “What’s in front of him are very big structural problems,” he said.

Ticking off a list that includes a looming winter energy crisis because of high heating oil and natural gas prices, an immigration fight that could further divide his party, negative perceptions of the economy despite strong growth numbers, and overall pessimism about the direction of the country, he added: “It’s not like it’s a one-shot deal where they hit bottom and then bounce back. I’m not sure they’ve reached bottom yet.”

But Rove is free and clear, right? Wasn’t that the GOP talking point on all the shows this morning? Erm…perhaps not, according to Time.

But whether or not he’s in trouble with the law, friends say, he’s certainly in trouble with Bush. Rove will continue managing the intersection of politics and policy in the White House but will have to regain the unfettered powers he once held. “The President’s relationship with Karl has been damaged over the scandal,” a Bush friend says. A source close to Rove says when Bush asked Rove whether he was responsible for leaking Plame’s CIA identity to columnist Robert Novak, Rove told him “absolutely not.” While that may have been strictly true, Fitzgerald’s indictment suggests that Rove did at least discuss Wilson’s wife with Novak, as he did with TIME’s Matthew Cooper.

Hmmmm…sounds like someone put Karl on a leash for Bushie. That has to chafe. Ahem.

Well, there’s still his support in Congress. At least the Preznit can count on them to help him push some agenda through. Well, perhaps not.

It won’t help that Bush’s main enforcers on the Hill are themselves in a defensive crouch. Cheney could find himself a witness in a criminal trial, House majority leader Tom DeLay had to step down to fight indictments for money laundering, and Senate majority leader Bill Frist is under investigation for possible insider trading. The party’s ambitious comers are not running as Bush’s allies and heirs, and the 2006 campaign promises to be an epic battle. G.O.P. pollster Bill McInturff says the percentage of people who define themselves as “very interested” in the 2006 elections is already at 57%, compared with 39% in October 2002, a month before those midterm elections.

Erm…that doesn’t sound like the stuff of a good night’s sleep to me.

But the WH can spin this away as an isolated incident, can’t they? Partisan questions on the criminalization of politics? Um, not so fast.

The survey also found that nearly seven in 10 Americans consider the charges against Libby to be serious. A majority — 55 percent — said the decision of Special Counsel Patrick J. Fitzgerald to bring charges against Libby was based on the facts of the case, while 30 percent said he was motivated by partisan politics.

“One thing you can’t ever, ever do even if you’re a regular person is lie to a grand jury,” said Brad Morris, 48, a registered independent and a field representative for a lumber company who lives in Nashua, N.H.

What is clear is that within the Administration itself, and among the proxies for the various factions and power players, a whole lot of jockeying and finger pointing has begun. It’s a political face-off between Cheney and Rove and their surrogates, with Republicans who support neither man standing on the sidelines and cheering for the referee. Keep your eye on who might be saying things, as much as what they are saying.

Where there is smoke, there is likely to be Rove, sneaking out from the shadows to plant that knife in Cheney’s back to save his own thick hide. But Cheney is a seasoned warrior in Washington, and not easily taken out. It’s the collateral damage to the Administration that will keep piling up in the meantime — and with a Preznit unable or unwilling to take decisive action against both of them in the short term, it could be an ugly few weeks.

And all of that without knowing when that next shoe may or may not drop from Patrick Fitzgerald. Is it getting warm in here?

UPDATE: Steve Soto at LeftCoaster has caught the same theme. As has Wolcott (although Wolcott is predictibly much more deft about it).