I blog, therefore I can find my own weenie. 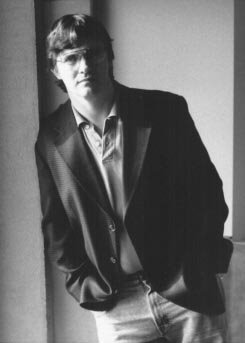 Leans to the right, in case you hadn’t noticed…

Thanks to a link in comments below, we find one of the pricipals in PajamAmway Media giving us a taste of the kind of hard-hitting citizen journalism and analysis we can expect from the residents of Desperation City:

Consider: Assuming that Valerie Plame was some sort of genuinely covert operative — something that’s not actually quite clear from the indictment — the chain of events looks pretty damning: Wilson was sent to Africa on an investigative mission regarding nuclear weapons, but never asked to sign any sort of secrecy agreement(!). Wilson returns, reports, then publishes an oped in the New York Times (!!) about his mission. This pretty much ensures that people will start asking why he was sent, which leads to the fact that his wife arranged it. Once Wilson’s oped appeared, Plame’s covert status was in serious danger. Yet nobody seemed to care.

This leaves two possibilities. One is that the mission was intended to result in the New York Times oped all along, meaning that the CIA didn’t care much about Plame’s status, and was trying to meddle in domestic politics. This reflects very badly on the CIA.

The other possibility is that they’re so clueless that they did this without any nefarious plan, because they’re so inept, and so prone to cronyism and nepotism, that this is just business as usual. If so, the popular theory that the CIA couldn’t find its own weenie with both hands and a flashlight would appear to have found some pretty strong support.

So either the CIA is so frigging brilliant that they were able to arrange for Wilson (who just happened to be the former acting ambassador to Iraq in the lead-up to the Gulf War) to go and find exactly what they knew he would find, predicted his response to the dubious run-up to the war, helped him write his NY Times op-ed, got him a coveted spot on the editorial page, and then sat back with a big bowl of popcorn and watched the hilarious hijinks…or they’re just a bunch of goof-offs who were just fucking around after 9/11 while the rest of the members of the Administration (whose intentions were pure and noble and eerily god-like) were fighting the good fight despite them.

Walt Disney should have had Glenn Reynolds imagination…