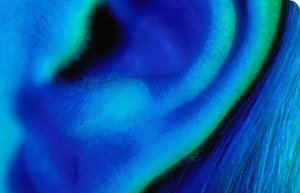 . From Kid Oakland: “Occasionally, Tenet had breakfast with Karl Rove, the president’s senior political adviser, in the White House mess and joked that he would share secrets with Rove that even Rice was not allowed to know.”- Bob Woodward, “Plan of Attack,” p. 67-8

. Tom Maguire, on the enigma of Libby’s notes: “[O]ne wonders whether the other contacts mentioned by Fitzgerald were in Libby’s “copious” notes.Â  If so, Libby needs to sue his attorneys for malpractice, since they should have reviewed that material before submitting it to Fitzgerald and allowing Libby to testify.Â  Of course, attorney ineptitude notwthstanding, if his notes included these contacts then it is easier for Libby to argue that he had no real intention of obstructing the investigation.Â  On the other hand, if they were not in his notes, why not?”

. Crooks & Liars gives us a bit of Nick Kristof: “Mr. Cheney said in a written statement: ‘Because this is a pending legal proceeding, in fairness to all those involved, it would be inappropriate for me to comment on the charges or on any facts relating to the proceeding.’

Balderdash. If Mr. Cheney can’t address the questions about his conduct, if he can’t be forthcoming about the activities in his office that gave rise to the investigation, then he should resign. And if he won’t resign, Mr. Bush should demand his resignation.”

. Frank Rich: “To believe that the Bush-Cheney scandals will be behind us anytime soon you’d have to believe that the Nixon-Agnew scandals peaked when G. Gordon Liddy and his bumbling band were nailed for the Watergate break-in. But Watergate played out for nearly two years after the gang that burglarized Democratic headquarters was indicted by a federal grand jury; it even dragged on for more than a year after Nixon took “responsibility” for the scandal, sacrificed his two top aides and weathered the indictments of two first-term cabinet members. In those ensuing months, America would come to see that the original petty crime was merely the leading edge of thematically related but wildly disparate abuses of power that Nixon’s attorney general, John Mitchell, would name ‘the White House horrors.'”

. Meanwhile, the NYT sayd the idiot son remains ignorant if not blissful: “[S]ome insiders say they are not sure if Mr. Bush fully grasps the degree of the political danger he faces and the strength of the forces arrayed against him. And Republican strategists and members of Congress say that while the components of the renewal strategy are easy to identify, they will be hard to carry out in the current environment.

Should Mr. Fitzgerald not wrap up the investigation into Mr. Rove soon, it would at a minimum divert news media attention from Mr. Bush’s effort to highlight his agenda.”

. Roger: “I can see why Scooter thought Russert would lie for Cheney, given Russert’s hosting duties in Cheney’s informercials for war. But he should have known that Little Russ wouldn’t give up his beachfront properties for the federal pen.”

* And yes, Skippy coined that phrase.