If You Apply Heat, You Get… 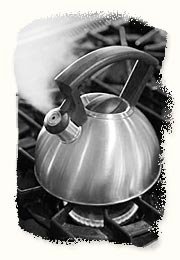 Having had some time to re-read the entire indictment, a large number of bits and pieces jump out — and they also make a compelling argument about a larger picture that cries out for more questions being asked and answered. After running the entire indictment through my tired brain before bedtime last night, and then re-reading it again in its entirety this morning, let’s just say there are some issues that need a whole hell of a lot more analysis and discussion in the days ahead.

To begin, from a lawyerly perspective, that’s quite a rarified air witness list to be assembled from just this one indictment, and just from the names apparent within the “four corners” of the document itself.

That sure is an awful lot of high level governmental officials interested in an instance of criticism of the Administration, isn’t it? That’s an awful lot of energy to combat something so “mosquitoesque” (as Mary Matalin put it last week), isn’t it?

I mean, that’s one hell of a public trial. Just the visuals of all these people traipsing in and out of the courthouse for days on end is enough to make Tweety dizzy.

And in practical terms, how does Libby’s defense counsel handle this. Do you put forth your most robust cross-examination in defense of your client’s interest, as you would do in any other case? Really tear into people, even those with whom Libby has worked closely over years and years? Even with the Vice President? Or do you pull your punches — and if you do, how hard a leap is it to start thinking that you are protecting someone else’s ass?

Imagine, if you will, that this case goes to trial. The Prosecutor would be well within his rights to call each and every one of these people, to the stand, under oath, to testify about the five counts alleged in the Scooter Libby indictment. That’s not counting all of the investigators, and others who are not listed within the four corners of the indictment — but still, that’s an awful lot of people near the top of the food chain in the Bush Administration. All running around and talking amongst themselves about Joe Wilson and his wife. For weeks.

And talking with reporters and others around town. For weeks.

Both the Libby interviews with the FBI occurred prior to the appointment of a Special Counsel in this matter. (In October and November of 2003, with counsel present at both.) It’s certainly plausible that Libby felt that since Ashcroft was at the helm on this one, that he could be confident in holding things back or claiming journalist conversations assuming that no one was going to squeeze those journalists for their side.

But why would he then hold things back when asked to testify twice in March of 2004 well after Fitz took the helm? Why stick to lies he had to have known would be shown to be lies — from his own notes? I mean, if Libby is as detail oriented as we were led to believe, why not attempt to correct the record like Rove clearly has tried to do in his four visits to the Grand Jury, and his other negotiations with Fitz? Libby had to have done his own inquiries into Fitz’s tenacious working of his cases. Was Libby fixed on sticking to his story? Did he get really bad legal advice (doubtful — Tate is no dummy)?

Or is he protecting someone else? Ah, the question everyone is asking themselves this morning, isn’t it?

Even all those people who haven’t paid one whit of attention to this matter for the last couple of years are hearing news reports that say, “The Chief of Staff for the Vice President of the United States has been indicted in a five count indictment for failing to be honest with investigators looking into the outing of a CIA agent in a grave matter of national security.” And they are thinking who is this guy really trying to protect by putting his ass on the line instead of fessing up?

What exactly was Libby and Rove’s job? Were they given carte blanche to be the Administration’s hatchet men, keeping their bosses out of the loop (or out of legal jeopardy) whenever the dirty work needed doing against Administration critics? How far did that dirty work get to go — not just with the Wilsons, but with other Adminstration critics as well? How far did that implied authority go — and how much check-in was required for either of them?

Seems to me that if you use someone to do your dirty work, your hands are just as dirty as the person who throws the mud.

Let’s think back: Richard Clarke, Paul O’Neill, Gen. Shensecki…the list just goes on, all the way back to the Rove special treatment job on McCain in South Carolina during the Republican primaries in 2000. (Well, back further than that, but if we’re going to do a full Rove treatment on dirty tricks, this could take me months to write.)

And I keep coming back to the central question of Swopa’s “empty suit” theory. Did the Vice President and his staff and neocon allies at the State Department, the DoD and the CIA purposely skew intelligence and factual information so that the President primarily saw information that could lead him to only one conclusion — the need to go to war with Iraq, with any dissent on the subject suppressed or discredited immediately? Or was the President aware from the beginning — or at any time — that the evidence was faulty, and has not been straight with the American public about his role in this, or about anyone else’s role.

My questions on the “Empty Suit” still apply. Maybe more so after the indictment gave us such a detailed glimpse into how business is done with this Administration. And we should all be pressing the people with the access to be asking them. And keep asking them until they get some answers.

I look for Libby to try and cut a deal, if only to prevent the circus of a trial to continue to protect his boss. But the question now is whether or not Fitz will take a deal. Or what he’ll want in exchange. How far is Libby willing to go — how much of his own neck (and that of his family because they have a rightful say in this as well) stays on the chopping block — to protect Dick Cheney?

Fitz has worked this block before. And worked it successfully. If Libby flips to save himself the rest of his life in Federal prison, how far up the chain does this go?

Don’t know about you, but I sure feel like things have just moved from simmer toward boil.

If You Apply Heat, You Get…