First of Many Today 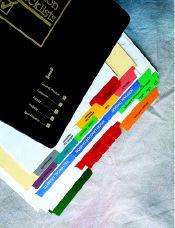 Sending out a big thank you to the wonderful web-person for the Special Counsel website. Am saying it in advance, because life is about to become hellish for whomever that is.

The first new document is up on the Special Counsel website. You can view it here.

It’s basically a press conference announcement for 2:00 pm ET today, but something caught my eye.

“…regarding the status of the Special Counsel’s investigations.”

Hmmmmm…sure does sound like we’re going to have a scorcher of a day. And if it seems that way to me, imagine being at the WH today.

And also, the media stampede to the 7th floor conference room. How hilarious would that be to watch?

(Still having image issues with Blogger. Will update with pix when I can do so. I’ve been saving up a couple for today, so I sure hope it starts working soon.)

UPDATE: Interesting article from the WaPo on where Bush may go with the next Supreme Court nominee. Something to read and contemplate while we wait for more docs.

Also, I want to mention how impressive I think that John Eckenrode and the FBI investigation team has been in all of this. I’ve worked with a lot of criminal investigators, and the vast majority of them have leaked like sieves at the state level, and sometimes even at the Federal level on a high profile case. These guys have done their jobs, kept their heads down and their mouths shut — and I can’t say enough how impressive this has been. The discipline has been very impressive, and they should be commended for it.

UPDATE #2: MSNBC reporting that an indictment will be returned today. They will follow normal procedure on this. More as I get it.

UPDATE #3: Bob Barr just said on CNN that the investigation is focusing on top levels of the National Security staff as well. And is talking about the importance of NOC status and why this case has such enormous ramifications. Holy cow. (Yep, that’s the very same Bob Barr who was a Congressman from Georgia. Former US Atty., former Clinton impeachment person for the House GOP side. The very same.)

Jeff Toobin on CNN just brought up a very good point. If Libby is indicted for making false statements/obstruction or perjury regarding from whom he learned about Valerie Plame, and if Fitz has those notes showing that Cheney was the one who told Libby about her. The way that Fitz will prove that Libby was lying will require that the VP be called as a witness in any trial that will occur, pulling the VP right into the center of the case, whether or not an indictment may be issued for Cheney. It’s a point that I missed, but one that bears some consideration and repeating. It just gets more interesting today.

First of Many Today