Big Dick, the Big Squeeze and the Smoking Gun 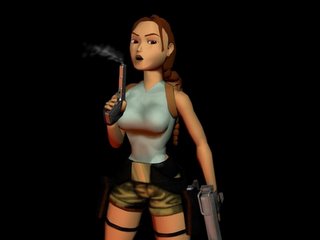 That Patrick Fitzgerald considers lying in the course of an investigation a very serious crime is certain after today’s press conference. If you lie to him and it inhibits him from pursuing information he needs to complete his task, he is not going to take it lightly. As the indictments against Libby showed today, he is not fucking around here.

Who has lied to him? Well, we know Judy Miller wasn’t exactly forthcoming with him — he had to jog her memory with a few notes before she gave complete testimony. But she was not indicted, presumably because he was more interested in the information she had to offer with regard to the “bigger fish” he has to fry.

He notably asked her questions about Dick Cheney.

Did Karl Rove lie? Well, his four trips before the grand jury indicate that Mr. Fitzgerald might think so. And many news organizations are reporting he is not yet off the hook.

Scooter lied. We know that, or at least today have damn good reason to believe it. Today the indictments name (by job title) individuals who presumably will testify against Scooter if it ever comes down to that, Catherine Martin and Ari Fleischer among them.

On or about June 12, 2003, LIBBY was advised by the Vice President of the United States that Wilson’s wife worked at the Central Intelligence Agency in the Counterproliferation Division. LIBBY understood that the Vice President had learned this information from the CIA.

I was very clear to say reporters are telling us that because in my mind I still didn’t know it as a fact. I thought I was — all I had was this information that was coming from reporters.

Q. And you’re, you’re certain as you sit here today that every reporter you told that Wilson’s wife worked at the CIA, you sourced it back to other reporters?

Now, Dick Cheney was questioned by Patrick Fitzgerald in June of 2004. We know that Fitzgerald knew about the June 12 meeting with Cheney because Libby’s notes told him so.

Let’s take an abject, flying leap of logic here and presume that Cheney told Fitzgerald the truth about this meeting, as verified by Libby’s notes, which was that he told Libby that Valerie Wilson worked at the CIA at this time. Why oh why did it take another year and a half for Fitzgerald to bring Libby up on perjury and obstruction charges if that’s all he was going to bring? And why did he need to throw Judy in the can to do it if he already had the corroborating testimony he needed to prove Libby was lying?

Okay, now let’s make the more reasonable assumption and say the VP didn’t tell this to Fitzgerald at the time, but that in the wake of the discovery of the notes, Cheney indulged in the Judy Miller “I forgot” excuse. After all, Fitzgerald gave Karl Rove three subsequent opportunities to “refresh” his memory, right? Right. It’s only logical that he would give the VP the same opportunity to come in and play it straight with him, right?

Except as far as we know, he hasn’t.

Fitzgerald takes attempts to obstruct his investigation really, really seriously. He doesn’t like being lied to. So he just lets Cheney skate, right? Never even follows up? Somehow I don’t think so.

Big Dick, the Big Squeeze and the Smoking Gun