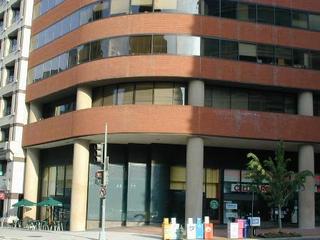 New article in the WaPo, who are still smarting after having their asses handed to them when the NYT scooped them earlier this week:

But after grand jurors left the federal courthouse before noon Wednesday, it was unclear whether Fitzgerald had spelled out the criminal charges he might ask them to consider, or whether he had asked them to vote on any proposed indictments. Fitzgerald’s legal team did not present the results of a grand jury vote to the court Wednesday, which he is required to do within days of such a vote.

Doesn’t sound like anybody needs to be setting their alarm clocks early tomorrow morning.

Wednesday’s three-hour grand jury session came after agents and prosecutors this week conducted last-minute interviews with Adam Levine, a member of the White House communications team at the time of the leak, about his conversations with Rove, and with Plame’s neighbors in Washington D.C.

Who is Adam Levine? Well, he worked in the White House as a Communications Aide from 2001-2003. According to the NYT, “Levine left the Bush administration in December after working as the principal liaison between the White House and television networks.” And according to CNN, he was “one of the few press officials at the White House to answer reportersâ€™ calls [during the Africa trip].â€

It’s kind of interesting — that Adam Levine’s job was to book White House officials on TV news and talk shows. He doesn’t sound like he’s the kind of senior official or has the job description to have likely known in intimate detail who’s who at the CIA. He would have no reason to know about Plame’s role, except had he been told by his superiors to try to get his contacts say at NBC to follow this other side of the Wilson story. (my emphasis)

“Kind of interesting” — well now that you mention it, yes it is.

But not wanting the big boys to feel left out, our Mr. Fitzgerald is sweating them, too:

People close to Rove said he fears a perjury charge because he did not initially tell the grand jury that he had spoken with Time reporter Matthew Cooper about Plame before her name was publicly disclosed. Rove’s attorney, Robert Luskin, declined to comment yesterday.

A lawyer other than Luskin who is familiar with Rove’s legal strategy said the aide testified that he believed he was trading on publicly available information in discussing Plame with reporters.

Yeah, now if he could just remember who it was publicly available to.

And in other news that should be heartening to those who feel themselves in a protracted state of coitus interruptus, Steve Clemons reports:

Patrick Fitzgerald is expanding not only into a new website — but also into more office space.

What I have learned is that the Office of the Special Counsel has signed a lease this week for expanded office space across the street at 1401 New York Avenue, NW.

Another coincidence? More office space needed to shut down the operation?

My knowledge of architecture is sketchy, but I would say this building has an inner beauty that totally mitigates its ugly factor.