Today on the Tom-Toms 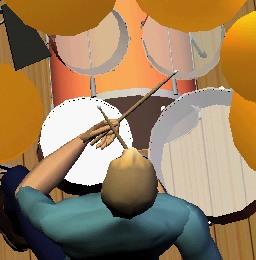 Just got off the phone with a source who has appeared before Fitzgerald’s grand jury who thinks that the Special Counsel is going to “go wide” with indictments — i.e., a lot of people are going to get nailed. And from what I’m hearing, I agree. Which is why I put so little stock in anyone who’s running around saying “oooh, this just in — Rove and Libby are going to be indicted! Announcement tomorrow!” That just lights my bullshit meter up like a pinball machine. Man, you are really out on a limb with that prediction, aren’t ya?

Also, a grand juror was overheard waving to a reporter and saying “see you Friday” when they left today. So we may not be quite there yet.

The bottom line in all this is that at this point, I think nobody knows what’s going to happen, so take all predictions with a grain of salt, even this one. I hate to throw cold water on everyone’s expectations for tomorrow, but even amidst the hearty speculation we like to engage in around here we also like to ground things in reality. And the reality is if Fitzgerald is still pursuing an investigation, he’s probably going to want some time to use that info in his “come to Jesus” talks with the perps.

So in the mean time relax, have yourself a chocolate milk and pay our new friend Ron Rosenbaum a visit, he admitted to being a “firedoglake-aholic” today in the New York Observer (he’s got a crush on Redd).

You gotta love him for that.

Update: Lawrence O’Donnell agrees: “Experienced federal prosecutors are saying today that they expect Fitzgerald to extend the term of the grand jury even if he obtains indictments this week.”

Today on the Tom-Toms