Is Today the Day It Breaks? 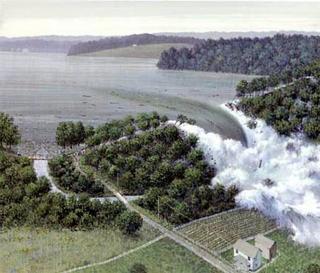 Patrick Fitzgerald has been in Washington since Monday, according to the latest report from Newsday. He’s been dispatching FBI agents to finish up last-minute loose ends, including talking with the Wilson’s neighbors on whether anyone knew Valerie Plame Wilson’s status as a CIA NOC prior to the Novak column (Answer according to Newsday? Nope. One GOP talking point DOA.)

The LA Times had this to say about the follow-ups:

Critics of the leak investigation have said it was an open secret that Plame worked for the CIA; if many people knew that she worked for the agency, it would make prosecution under the 1982 law protecting covert agents nearly impossible.

But neighbors contacted by The Times said they told the FBI agents that they had no idea of her agency life, and that they knew her as a mother of twins who worked as an energy consultant.

The LA Times also added a bit at the end of the article on the Italian reporting on the Niger documents. It’s hit the MSM. Let the investigative reporting begin.

Looks like the FBI was also interviewing a former Rove associate yesterday. It appears, according to the NYTimes, that Fitz doesn’t take Rove at his word. Smart boy. Sounds like a meticulous review of Karl’s fourth round of testimony to me — sure hope he didn’t tell any whoppers. Ahem.

CBS is reporting that the stories on Cheney’s role (broken by the Times) contradict not just his public statements, but also his testimony. More on this as we get more details. FWIW, CBS is also reporting that Cheney was questioned under oath by Fitzgerald. Guess we’ll see as indictments move forward whether this is correct, and whether he was completely cooperative and truthful, depending on any charges filed.

If the vice president made an untruthful statement in public, it may look bad, but it doesn’t amount to a crime, Roberts reports.

True, it isn’t a crime. But it does make him a liar. See Arianna’s latest on Huffington Post for more on the liar, liar, pants on fire angle.

Speaking of the Times, Jehl has put together a review of how difficult it has been in the past to track down leakers — and how well Fitz has done in this case of pinning down some of the most powerful people in Washington for their role in the mess, and also in penetrating the journalist’s role in how planted leaks play out for political gain around the city.

Exchanges between reporters and government officials have always been a central part of how Washington really works. They have served as shortcuts, ways to trade information beyond the glare of television lights and outside of bureaucratic barriers. But Mr. Fitzgerald, who obtained federal subpoenas to compel reporters to testify in the case, is not the only one in Washington who is trying to train a new kind of spotlight on the transactions.

It’s a tough balance between the public’s right to know information from whistleblowers and the manipulation of public perceptions by using the Press as a shortcut. But it’s certainly a topic that deserves a lot more public discussion, given the implications of the WHIG and Judy show just as one example.

Have some hope for news, though, both the Financial Times and the Washington Post are reporting that indictments could be forthcoming today. Buried in the middle of the WaPo article is this juicy tidbit:

Fitzgerald has looked closely not only at the possible crimes, but also the context in which they would have been committed. This search, say lawyers in the case, has provided him a rare, glimpse into the White House effort to justify the Iraq war and rebut its critics.

Could be a very interesting day, indeed. Let’s hope, for all our sakes, that the dam breaks soon.

UPDATE: Reuters puts Fitz and the Grand Jury members in the building together for sure. AP has Fitz and the Jury entering at 9 am this morning. Not exactly news, but at least we have an exact time. Ahem.

Is Today the Day It Breaks?