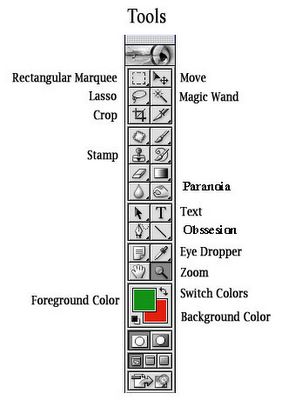 We have now solved the mystery of why no one is buying Michelle Malkin’s book. They’re all getting bizzy using their mad Photoshop skillz, yo to prove that the MSM is out to Demonize Condi:

Notice anything peculiar about her eyes?

No, Condi isn’t possessed; the photo was manipulated.

Now we all know that Condi hasn’t been possesssed by a demon… at least since that hot August afternoon when she asked the Steely-Eyed Brush Cutting Man to come into the yard at Campo Borracho and bust up a chifferobe and she
“…reached up an’ kissed me ‘side of th’ face. She says she never kisssed a grown man man before an’ she might as well kiss a POTUS. She says what her papa do to her don’t count. She says ‘Kiss me back, Bushie.’ I say Miss Condi lemme outa here an’ tried to run but she got her back to the door an’ I’da had to push her…..”

Sorry. Got off track there. Anyway, Condi? Possessed?. Nope.

But she does look a bit more clear-eyed than normal what with the early morning ice skating lessons, afternoon shoe shopping binges, and late night cavorting through the DC piano-bars with Ken Mehlman (who can belt out a mean The Man I Love after a few Sweet Bad Mamas, lemme tell you). And this has brought out the NotMoonbats who have linked this assault on all that is good and low-carb to USAToday, the Neuharth family, the Knights Templar, and Jennifer Love Hewitt and her firm thrusting breasts.

Here is a sample:

“I’m a feature film visual effects artist out here in Los Angeles. I work for a major visual effects studio, and have worked on a whole lot of major blockbuster movies which you have undoubtedly seen. I have almost 10 years of professional experience at digital image manipulation…and I never thought this would happen to me.

Last week these two totally hot lesbians moved in next door to my sad and lonely studio apartment overlooking the freeway. Their names are Vixen Hottrot and Amanda Lubeasy and they walk around the pool area naked except for torn wifebeaters doused in vegetable oil…”

Wait. That’s the wrong, albeit more interesting email. Here’s another one:

I wanted to comment on the reader who suggested the photo was the result of improper use of the unsharp mask filter. Not. This filter is used on all digital images to correct inevitable fuzziness, but there’s no way it could produce the eyes in the doctored shot. No, to arrive at the published photo, someone had to go into the image, select the pixels in the whites of her eyes and make those pixels REALLY white. Stupid and deliberate, without doubt!

Meaning that the terrorists have won.

Which is really bad news for Vixen and Amanda…