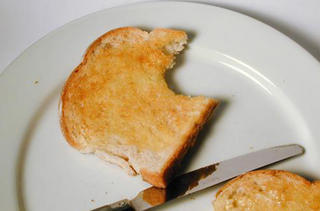 Don’t think it’s time to start the Fitzmas celebration just yet, but Raw Story is reporting that Fitz has decided to seek indictments.

More news as we get it.

UPDATE: Not a good day to be Scott McClellan.

UPDATE #2: Froomkin’s White House Briefing has a fantastic wrap-up of the news again today. It includes the following questions, for which we would all like some answers.

* Who told Cheney, and under what circumstances?

* Did Cheney acknowledge his own role when he spoke to prosecutors last summer? If not, could he be indicted himself?

* Did Cheney encourage Libby not to disclose their conversation?

* Who leaked this latest development — and what was their motivation?

* Does this mean the White House will stop blaming reporters for everything? (That one was rhetorical: The answer is no.)

Hopefully, we will get some answers soon on all of these. In the meantime, it’s good to think about them and see what we can piece together, since the odds of McClellan walking up to the mike and answering any of those is nil. (And Jane gets a link and a mention.)

UPDATE #3: And the weaseling continues. My favorite quote:

Looks like the Dems had their strategy meeting, too.