And You Shall Know Us By The Trail of Dead 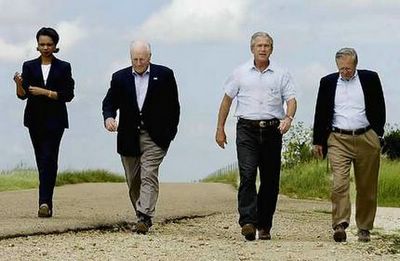 Four Horsemen of the Iraqalypse:
Incompetency, Venality, Stupidity, and Senility

The number of U.S. troops who have died in the Iraq war hit 2,000 yesterday, a toll felt deeply at big military bases across America that active-duty soldiers and families call home, as well as in hundreds of communities where the National Guard and reservists work, live and train.

The threshold was crossed with the Pentagon’s announcement that Staff Sgt. George Alexander Jr., 34, of Killeen, Tex., had died at Brooke Army Medical Center in Texas on Saturday of injuries suffered in Iraq earlier this month, when a bomb planted by insurgents exploded near his Bradley Fighting Vehicle.

Since the March 2003 invasion and quick march to take Baghdad, U.S. troops have been dying at about 800 a year, with most killed in action by crude but powerful roadside bombs and in firefights against an unrelenting insurgency. More than 90 percent of the deaths have come after President Bush declared an end to “major combat operations” on May 1, 2003. 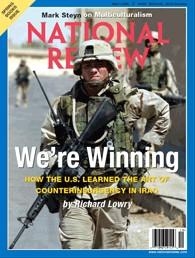