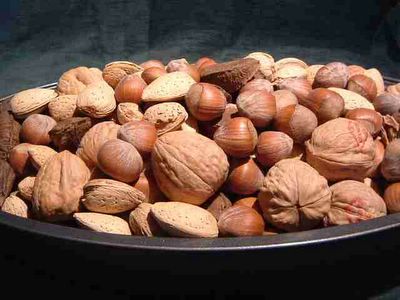 Let’s see…we already know that John Hideraker is, hmmmm…. how should we put this, I know: a big fucking liar. Now we see that either he knows the details of the biggest conspiracy/cover-up since lawyers pulled themselves out of the primordial ooze, or he’s just nuts. Here he attacks a movie that he admits is “loosely based” on an actual case for being …loosely based:

I shuddered when I heard that a movie called North Country was being made out of the Jenson case, in which a group of female miners sued the owner of a taconite mine in northern Minnesota. I happen to know something about that case, which inspired a book called Class Action. The movie was said to be loosely based on the book and the actual case, and I could imagine how distorted Hollywood’s product would be.

The movie is now out; it stars Charlize Theron, who was no doubt cast for her striking resemblance to the miner she plays. The film’s web site is remarkably preachy, posturing the movie as a landmark in the battle against sexual harassment. The New York Post’s review of North Country confirms that the movie is awash in liberal stereotypes. But one jarring note jumped out at me:

Inspired by Anita Hill’s testimony at the confirmation hearings for Supreme Court Justice Clarence Thomas, Josey talks Bill, a local hockey-hero-turned-lawyer (Woody Harrelson, in his best work in years) into mounting a lawsuit. And like Hill, Josey is confronted by the mine owner’s “nuts and sluts” defense that focuses on her own sexual past.

The real Jenson case was filed in 1985, six years before the Clarence Thomas confirmation hearing. So this particular embellishment is pure fiction. Why did the moviemakers throw it in? Why do you think? The Supreme Court is in the news, and Justice Thomas is a hero to conservatives. So the liberals who made North Country went out of their way to slime him, shifting the movie’s time line by six years just so they could slander a Republican. No wonder conservatives hate Hollywood.

Why did the moviemakers throw it in? Because “the Supreme Court is in the news” according to Fanciful John. But how did filmmaker Niki Caro know that the Supreme Court would be in the news during the opening weekend of 10/21 back when she was making the film?

I see that William Rehnquist died on 9/3 yet the movie was completed and shown at the Toronto International Film Festival on 9/13. Was Caro able to pull the entire crew and cast back for a reshoot, adding in the crucial Supreme Court references in an attempt to embarrass Harriet Miers (I mean, more than she has embarrassed herself) a mere ten days before the premiere in Toronto? Or did a team of Black-Op Hollywood Stealth Ninjas sneak into Justice Rehnquist’s quarters and smother the aging Justice while he napped between episodes of Iron Chef. in an effort to create ‘industry buzz’. And is paying a crack team of Silver Lake Lesbian Vampire Shadow-Warriors to terminate a Supreme Court Chief Justice with extreme prejudice, a better use of promotional dollars than, say, doing a tie-in with McDonalds to include North Country Sexual-Harassment Action Figures with every Happy Meal?

All of which makes us state the obvious:

It’s not near as interesting as their fever dreams.

As for some of the other Hinderaker assertions about Anita Hill, one might start here to see that John is, as usual, full of shit.