Times Staffers Duke it Out 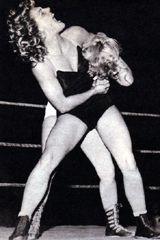 The dogs and I arrived safely in Oregon today after three days on the road. We got to have a delightful coffee with fellow Plame-ologist eRiposte from The Left Coaster and owe a great debt to ReddHedd for holding down the fort while we were cut off from the steady drip of the high-speed internet IV. She did a terrific job and although the withdrawal symptoms were acute we are very happy to be settled in on the beach for what promises to be one of the most rip-snorting news weeks in recent political history.

We’d also like to thank Maureen Dowd for finally weighing in on Judy Miller. Sounds like things with MoDo just got more vituperative for having been held back so long. A free version is here, but from what I can tell it really boils down to “accuracy is hard to come by when you do your reporting with your legs in the air.”

Then tonight Public Editor Barney Calame weighed in with his delicately worded investigation of the Judy matter. His take:

The apparent deference to Ms. Miller by Arthur Sulzberger Jr., the publisher, and top editors of The Times, going back several years, needs to be addressed more openly, especially in view of the ethics issues that have come to light.

“Deference?” “Going back several years?” Is that, like, code or something?

He doesn’t exactly answer Jay Rosen’s query about whether Judy had government clearance or not, but he agrees it’s a damn good question. One would not say the Times ventures perilously far out on a limb with this piece.

But Judy is nonetheless bristling, shooting back a reflex memo after Bill Keller tried to salvage what little remains of the Times’ journalistic authority by questioning her (*urp*) ” principles.”

“As for your reference to my ‘entanglement’ with Mr. Libby, I had no personal, social, or other relationship with him except as a source.”

Do you get the feeling that they’re all having a conversation amongst themselves they’re only vaguely aware we’re eavesdropping on?

Update: Roger adds his two cents, which, per usual, are worth more than anyone else’s Benjamins.

Times Staffers Duke it Out