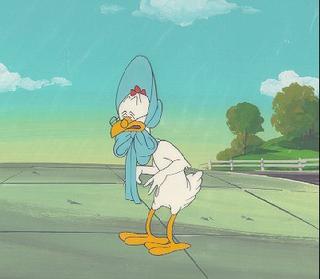 The Washington Times is reporting this morning that White House political staffers are floating questions about how a withdrawal of the Harriet Miers nomination might be accomplished with minimal political damage to the Preznit. According to the WaTimes, the conversation goes like this:

“White House senior staff are starting to ask outside people, saying, ‘We’re not discussing pulling out her nomination, but if we were to, do you have any advice as to how we should do it?’ ” a conservative Republican with ties to the White House told The Washington Times.

The White House, through spokesman Trent Duffy, is denying that the calls are being made.

Given the fact that the WH has had to stop scheduling one-on-one sessions with Miers with Republican Senators because they were losing support after getting actual face time with the nominee among conservative and presumably friendly members of the Senate, discussing a potential withdrawal of the nomination ahead of confirmation hearings isn’t exactly surprising.

Republican lawyers on the committee staff have said Miss Miers’ meetings with senators have gone poorly. That’s why, they say, the White House has shifted its strategy from the private meetings to “boning up” for the hearings.

Publicly, senators on both sides of the aisle have said Miss Miers needs to spend more time preparing for the hearings.

Ouch! When the chairman of the Judiciary Committee says you need a crash course in the case law and principles you must interpret properly to do your potential job, that is not good news no matter how you spin it.

What is a bit unusual is that Republicans are leaking the information to the Washington Times and it is being printed there. Sure sounds like there are a whole group of unhappy GOPers trying to give the Preznit a great big nudge. In public. With a sledge hammer.

“The political people in the White House are very worried about how she will do in the hearings,” the second conservative leader said. “I think they have finally awakened.”

The White House is denying having awakened to conservative opposition as well.

The new strategy on minimizing damage? Blame the Democrats. Those meanies want someone competent on the Court, someone well-versed in Constitutional and analytical legal knowledge and skills, and someone whose qualties befit that of a Supreme Court Justice. Ooooh, how dare they?!?

“So there are some in the White House and some Republicans in the Senate who are worried the Democrats can now build a case that she is not competent enough or knowledgeable enough to be a justice on the Supreme Court,” he said. “Really, that is the most damaging case you can build against a nominee.”

The reason, he said, is that “non-ideologues would be responsive to that competence argument, and Republicans won’t be able to argue that her defeat was ideological — that the reason the Democrats beat her was that she was too conservative.”

I stand by what I said about Miers way back on October 3, 2005, the date of her nomination announcement.

Meanwhile, the WaTimes concludes with a stab at Andy Card.

Republican insiders said the choice of Miss Miers, who has had no judicial experience, over a list of sitting judges with records of having written opinions on constitutional matters and who are conservative in their political views, probably was made by Chief of Staff Andrew H. Card Jr.

“Who would have believed the wheels would be coming off this early in the second term, and with our own people firing at us?” a White House aide confided yesterday.

Guess Karl still has some friends in print places.

UPDATE: Tony Blankley just confirmed on MSNBC that the sourcing was accurate with regard to “at least one staffer” who was reaching out on this question. He says that no decisions have been made on whether or not to withdraw the nomination, but that the Senate is sending the strongest possible message to the WH that there are substantial problems with the nomination, short of saying directly that she should be withdrawn.

Guess that weekend at Camp David with Bush and Andy Card won’t exactly be a relaxing spa-looking-at-the-fall-leaves-sipping-mulled-cider sort of time. And when you add in Hurricane Fitz…

(Apologies to Warner Brothers, Foghorn Leghorn and Prissy, but the pix was just too perfect for this story.)

UPDATE #2: Of course, Harriet is still plugging away, according to her latest blogpost.