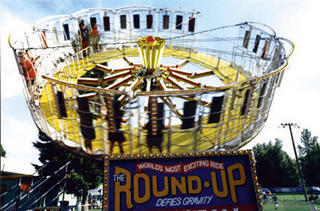 What a week. It’s been leak central, and no indictments to show for it…yet. Dig in — some of this is good stuff, some just stokes the schadenfreude fires, and some contains some intriguing clues on what we might expect for the weekend and the week to come. Put on your seat belts, it’s about to get bumpy.

David Johnston has another layer story in the NYTimes today. Sources tell Johnston:

Mr. Rove and Mr. Libby have been advised that they may be in serious legal jeopardy, the lawyers said, but only this week has Mr. Fitzgerald begun to narrow the possible charges. The prosecutor has said he will not make up his mind about any charges until next week, government officials say.

Sounds like indictments are coming down the pike to me, but there is a weekend to finalize plea negotiations, so get your deals while they are hot. (For a good review of this article, take a peek at this from TalkLeft.)

The WSJ article contains a couple of nuggets, most particularly regarding the Congressional staff leaks on whether or not there was an after-action report done by the CIA. I am told that this is an internal requirement, but am unsure as to whether that report would be shared with Congress when there is an onoing criminal investigation. One would think so, but it is possible with the poisoned political atmosphere these days that the report might be restricted to the Committee Chairs and Ranking Members if deemed necessary to do so, which would restrict staffer access at this point, just to be certain that no elements important to the investigation matters leaked out to those who were potential targets. In any case, I’m not sure on this — maybe a reader who has staffed on this could shed some light.

The WSJ mostly employs the latest angles from the Republican spin cycle — complaining about the broad wording of the Espionage Act, on the books since 1917 and clearly unnoticed by this Administration until the last few months. The most laughable moment in the entire article is when they argue that the Administration and the government as a whole have been too keen to mark documents as “secret” — what a turnaround, considering just how secretive this particular Administration has been throughout. (Energy task force, anyone?)

Note to the WSJ: “Everybody does it” is not an adequate defense to breaking the law. Nor is it an excuse for divulging information regarding national security matters, especially in a time of war. My dad wouldn’t have accepted that as an excuse, and I’m quite certain that US Attorneys aren’t that happy with it either.

The WaPo has another “inside the WH” piece on how staffers at all ends of the spectrum are dealing with the possibility of a Rove indictment (even though they don’t talk about it). It’s interesting if, for no other reason, than to see the dance of who gets mentioned and who doesn’t from story to story as Rove’s replacement candidates.

As always, Dan Froomkin’s White House Briefing provides an excellent overview of a lot of the news coverage. Today’s edition includes his discussion with the Fitz spokesperson on the inauguration of the new Patrick Fitzgerald DOJ website, and it’s an intriguing read for the parsing of more non-statement statements. Note to Richard Cohen: Doesn’t look like a man who is ready to take your “pack your bags” advice. Get used to it.

Josh Marshall has an interesting tidbit on the NY Daily News story from yesterday, and it’s analysis that is worth a read and a bit of thought.

John Aravosis at AmericaBlog has this intriguing little nugget: Andy Card has cancelled appearances at a GOP fundraiser in RI this weekend because he needs to be with the Preznit at Camp David. Anyone want to lay odds on whether they’ll be talking indictments, staff changes, withdrawing the Miers nomination or all of the above?

And for everyone who needs a Judy Miller fix today, PressThink has a follow-up information piece on what they have and have not found out about Judy’s “security clearance” from queries to the NY Times.

There’s a lot more — a new article from John Dean and one from Michael Isikoff that I’m reviewing. But that should keep you busy for a couple of minutes, anyway. And no news from “Monica beach” in my e-mail in-box as yet…but I’ll be sure to post if I get anything.

UPDATE: Forgot to add this link to an excellent bit of analysis by Digby on that LA Times piece from this morning. It’s a great read.