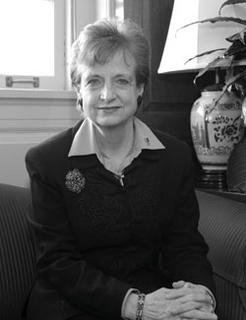 Well, here is a story guaranteed to give James Dobson a sleepless night or two. It seems that Harriet Miers, the Preznit’s new nominee for the Supreme Court, may be a closeted feminist. Ms. Miers served on the Board of Southern Methodist University Law School in the late 1990s and helped to establish an endowment for a speaking series on women’s issues there during her tenure. Harriet Miers not only advocated for establishing the lecture series, but she made personal donations and did quite a bit of fundraising to fully endow the effort.

The series was named for a pioneering female attorney in Texas — Louise B. Raggio — who helped to bring issues such as property rights for women and other fairness issues during divorce to the fore in terms of women’s rights under Texas law.

The first lecturer in the series? Gloria Steinem, who spoke to the school in 1998. Yes, THAT Gloria Steinem — founder of Ms. Magazine, long-time liberal, feminist icon, pilloried scourge of such intellectual luminaries as Phyllis Schlafly. (Ahem. cough cough I bet Phyillis will be absolutely livid to the top of her beehive hairdo after learning about this.) Other past speakers include Sen. Patricia Schroeder, Susan Faludi, and Ann Richards.

All I can say is good on ya, Harriet. I’m not ready to come close to to saying that Ms. Miers is a feminist in the mold of Gloria Steinem, but for some reason this gives me hope that, if confirmed, she might at least be open to ideas and arguments from all points of view. Intellectual curiosity is definitely a plus for a Supreme Court Justice, so if we are stuck with Ms. Miers, perhaps she will at least be willing to listen to all the sides of an argument.

Then again, maybe not — guess we’ll see at the confirmation hearings if anyone can get a better sense of where Harriet Miers’ stands on anything beyond her thinking that George Bush is the “smartest man I know.” Shudder. Someone get her out more.

Wonder how Dobson and company are going to feel about a nominee who worked hard to bring feminist ideology to the women of Texas?