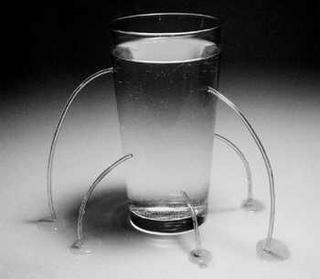 Reuters has now posted their one-up story on the AP, and it contains some very interesting stuff. For one thing, Rove’s testimony may not come tomorrow it may be stretched to next week. The article states:

“Officials declined to disclose when Rove would appear, but the grand jury is expected to meet on Friday and again next week. Rove has appeared before the grand jury at least three previous times.”

Legal sources are also telling the Reuters reporter, Adam Entous, that Judy Miller may also be called back to the hot seat. According to Reuters, “He (Fitzgerald) is evaluating her testimony…It could happen at some point.” (This came from a legal source — Abrams? Bennett? Tate?)

The Miller legal source is also back to specifying that Judy’s testimony was specific to Libby. Quoting from the article:

“In exchange for Miller’s testimony, Fitzgerald agreed to limit the scope of questioning to her conversations with Libby. If Miller is called back, the legal source said, “It would not be about Rove.””

This directly contradicts what Bob Bennett said on CNN when being interviewed by Wolf Blitzer the day of Judy’s testimony. And it contradicts what Floyd Abrams said on MSNBC as well. Both said that Judy’s testimony was limited to “the Plame affair,” a far broader standard, and they used identical language in describing the limitations on Fitz’ questioning parameters. Bob Bennett is an exceptional criminal attorney, and very precise in his language in interviews regarding client issues, and I would be very surprised if he were being less than honest on this — he’s good, but he’s never struck me as particularly slimy. I’m beginning to wonder if Luskin isn’t the legal source floating out what Judy did or did not agree to under cover of anonymity.

Sounds to me like the stories are not nearly matching up among the witnesses, which can be a problem if you make things up from whole cloth instead of telling the truth. No way of knowing if that is the issue, but discrepencies in testimony are a sure way to take a long, hard look at potential perjury and obstruction charges. Fitz still has the ability to extend the Special Grand Jury or to empanel a new one, but my gut tells me he’s wrapping up the last bits as much as possible. Here’s hoping he already has some sealed indictments in his pocket and that these are the last few moves on the chess board. Someone pour me a pinot grigio.

UPDATE: While we all wait, here’s a truly amusing bit of humor. Major hat tip to Attaturk at Rising Hegemon on this — it is a MUST read, for those of us glued to the news these days.